Steam will release a large-scale open-world sandbox RPG featuring controlled vehicles, trading and crafting in the spirit of RoboCop

Fracture Labs is developing a massive open-world survival sandbox RPG with an online Decimated component. The network has a trailer and screenshots of the project. It is noteworthy that the game has its own cryptocurrency, the price of which at the time of writing is $0.07. 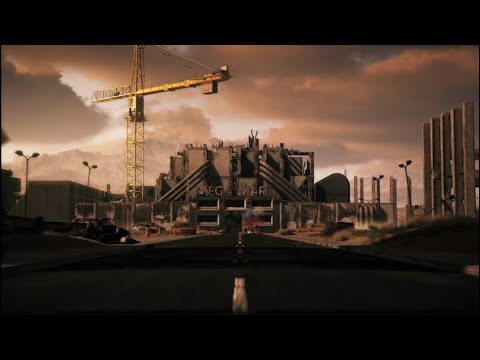 Decimated is set in a dystopian future. The earth has become uninhabitable due to climate change caused by the neglect of the environment by humans. Civilization has collapsed and destroyed itself, but police cyborgs still rule the wasteland.

“Only privileged first-class citizens are admitted to the new world. The rest of the unworthy – criminals, rebels, political dissidents and impoverished citizens – survive in the forgotten cities of Earth. The survivors have sought refuge in destroyed skyscrapers, labs, dilapidated highways and abandoned subway stations.”says the project description.

Gamers must survive in a dangerous world populated by gangs, drug lords, slave traders, cannibals, mutants and robots. The game is inspired by Robocop and Blade Runner.

The authors of the project also plan to implement a blockchain system. Players can trade items for real money. A demo of Decimated will be released in the near future. The project is based on Unreal Engine 5 and received funding from Epic Games. The release is scheduled for 2023. The game can be added to the wish list on Steam.