Times are tough. Prices are rising, developers and publishers are leaving the Russian market, updating hardware is almost impossible and the future is as dim as possible. All this strains and takes away power, leaving even the most positive gamers feeling sad. Fortunately, there are games that perfectly distract you from the hustle and bustle and fill you with energy. These are the projects we have collected in the selection!

ABZU. Rest at the bottom of the ocean

Watching the water flow is endless. But what if you put on a diving suit yourself and dive so deep that no stress can get to you? This is the kind of experience that meditative offers ABZU. Just look at the gameplay trailer, because even that is very soothing. 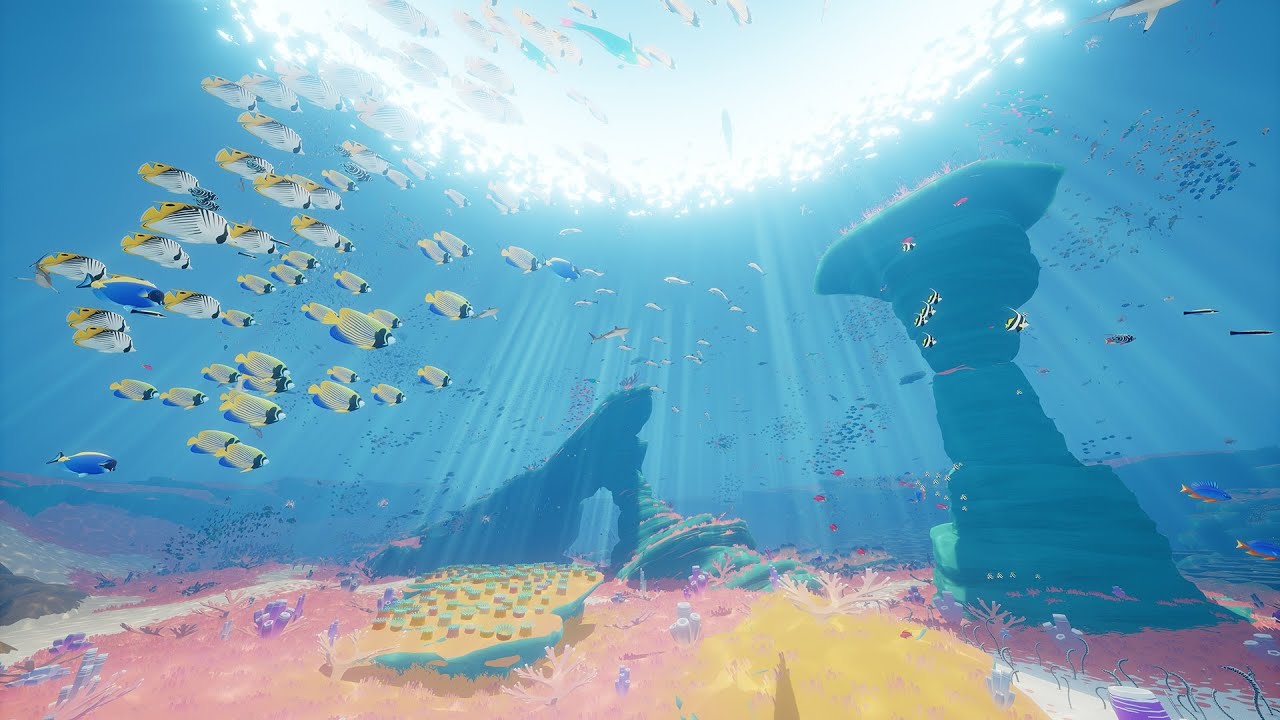 In a sense, ABZU can hardly be called a game. Rather, it is an interactive art object that provides an extraordinary ocean exploration experience. There are no enemies trying to tear the diver apart, or reaction tests. Adventure, on the other hand, offers to slow down, ignore unnecessary thoughts and plunge into a state of peace.

Beat Saber is the perfect VR game to take the pressure off. All the gamer has to do is turn off his head, feel the rhythm and let his instincts run wild. The important thing is to start with simple compositions and low complexity, otherwise you will have a nervous breakdown instead of an emotional reboot. 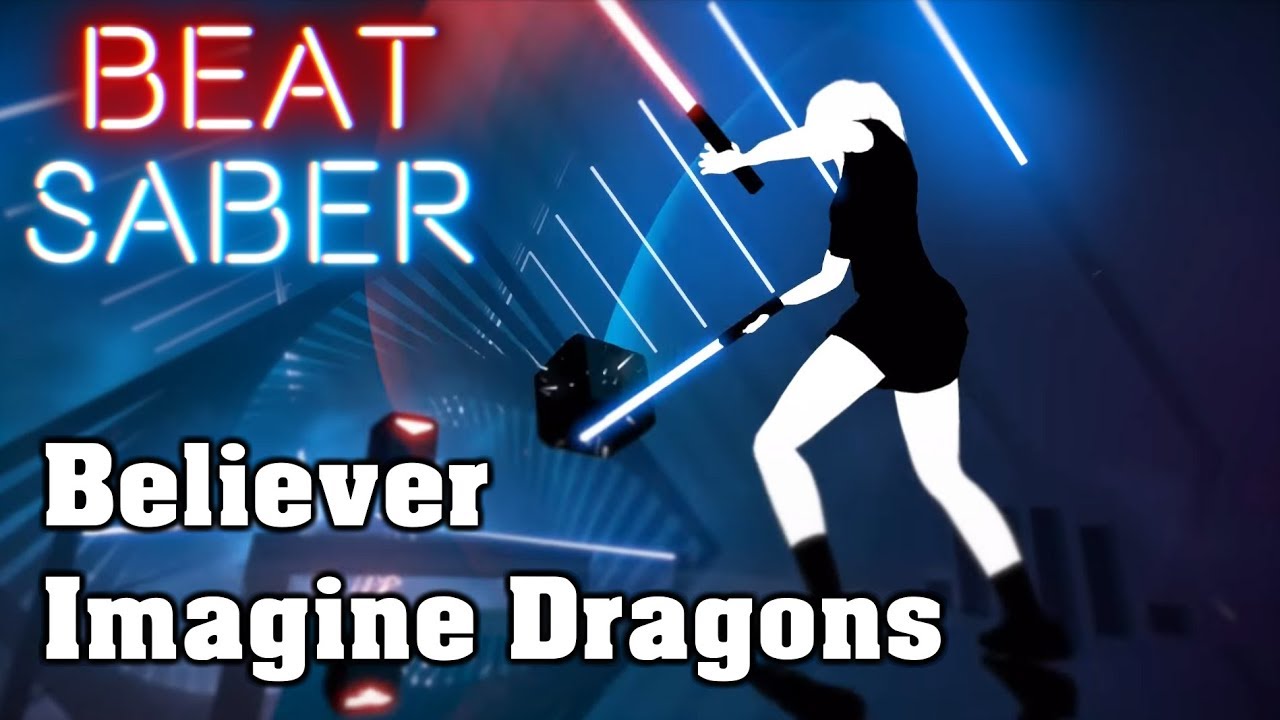 Music for Beat Saber is for every taste: from Linkin Park or Imagine Dragons to Kalinka-Malinka. Appropriate tracks quickly put you in a state of such powerful drive and excitement that any adversity completely disappears from your head.

flower. A flower that brings back inner peace

Flower is one of those games that should be attributed to works of art – it turned out to be painfully beautiful and relaxing. In the beginning, under the control of a gamer, there is a lonely little petal, but along with the wind it will fly through many amazingly drawn locations and collect a whole bunch of flowers behind them. It’s hard to describe the gameplay in words – just look at the gameplay. 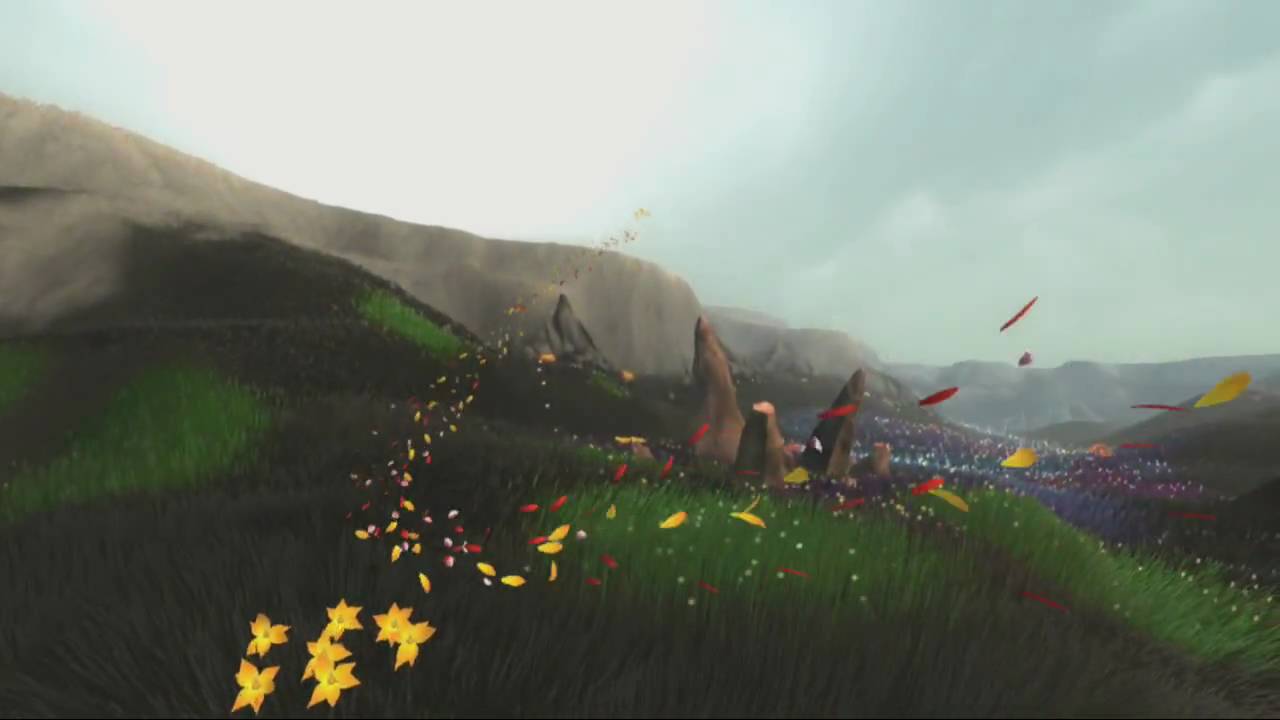 The developers wanted to remove all distractions from the immersion, making the game simple, enjoyable and soothing – no doubt they succeeded. Flower was appreciated by players and critics alike: in 2009 it was named the best independent project of the year at the Spike Video Game Awards.

At first sight Unpacking may seem like a primitive game. Gamers are invited into a small apartment full of boxes of things – they all have to be put in their place. Surprisingly, the concept turned out to be as tacky and soothing as possible. Who would have thought it would be so cool to hang towels on a hook and put napkin holders on the table. 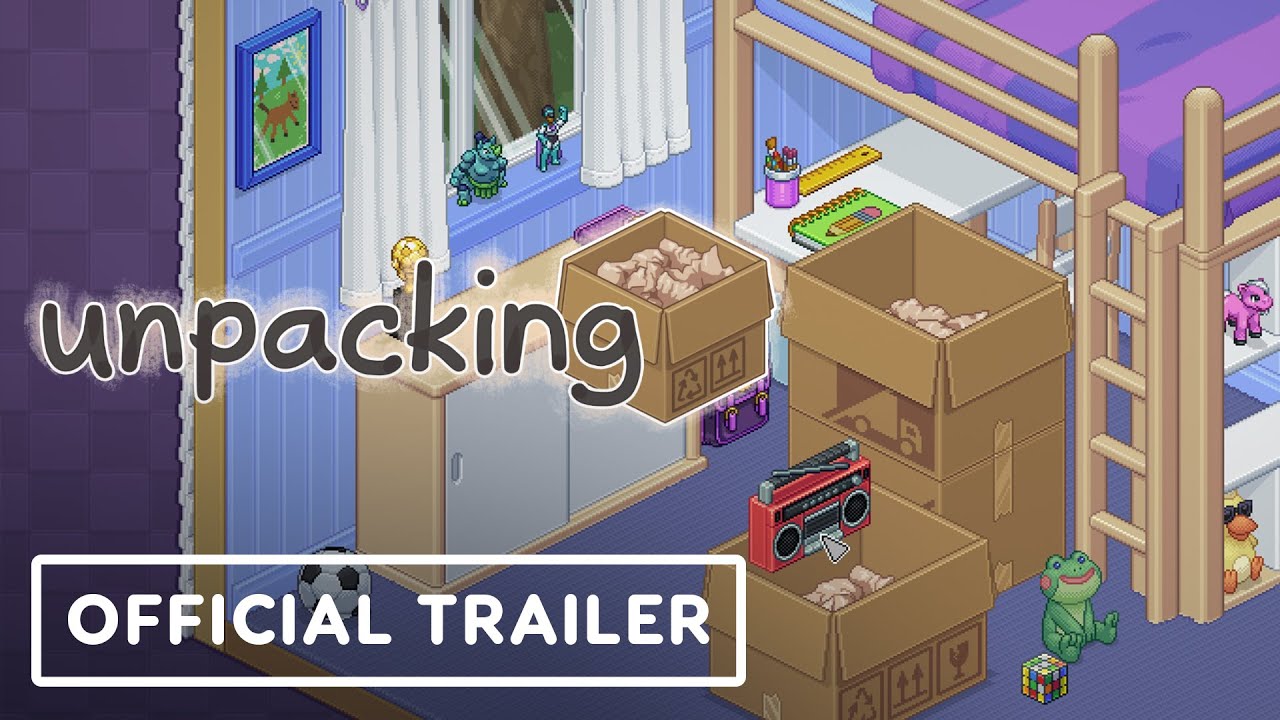 Given how expensive hardware has become, another benefit of Unpacking is low system requirements. To calm the nerves by moving small things from boxes to shelves, any computer is enough. The main thing is that the processor supports SSE2, and the vidyuha is friends with the shader model 4.0.

Journey is the right entertainment for gamers who experience a lot. The fact is that the game turned out to be extraordinary: it is worth flying into it for at least a minute, while the body relaxes, thoughts settle down and emotions disappear. In these difficult times, such projects are particularly valuable. 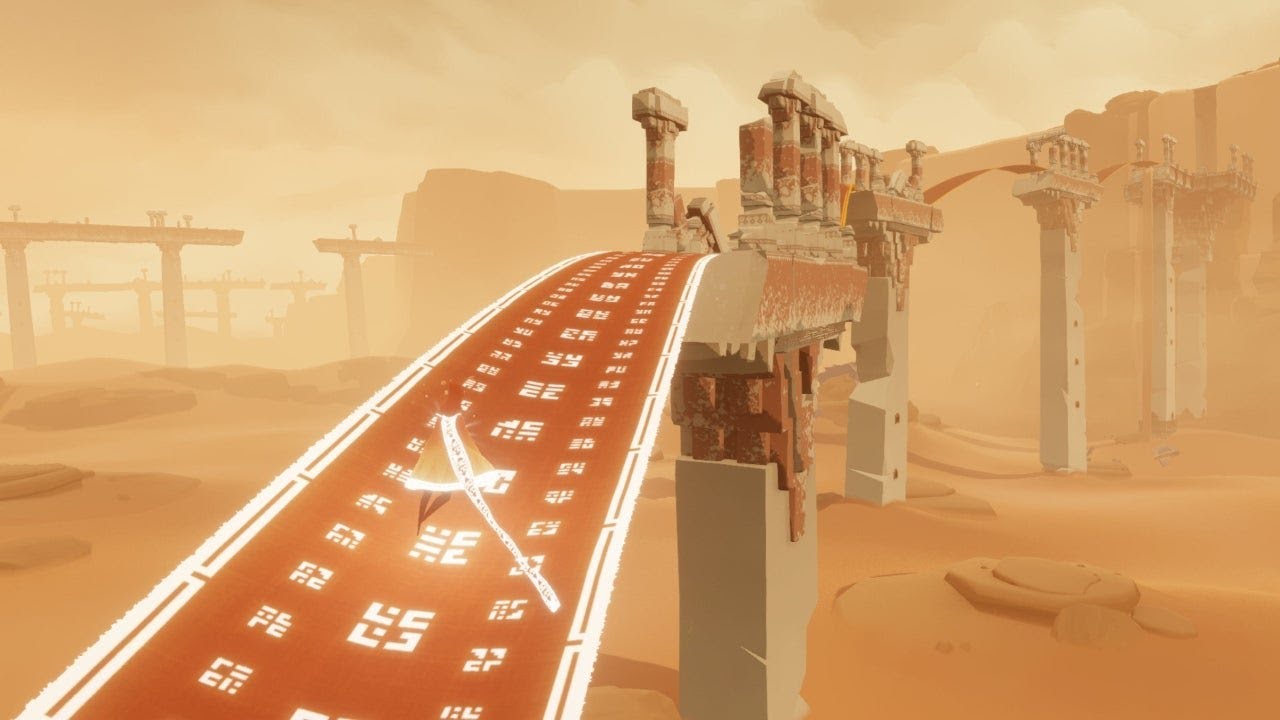 Every aspect of Journey is soothing. The visuals are pleasant and calm, the sound is fascinating and the gameplay replaces meditation. This makes it interesting to travel through the desert despite the lack of challenges: enemies are encountered but not punished, and riddles only offer to press a few buttons. However, this is exactly the kind of gameplay that should be in a game like this.

It seems that a game about the extermination of evil spirits can do in such a top. Hundreds of different creatures climb from all sides and the hero desperately tries to survive – in theory this should put you in stress. In reality, however, the gameplay turned out to be simple and sticky: already in the first run you feel the “flow”, which worries you. 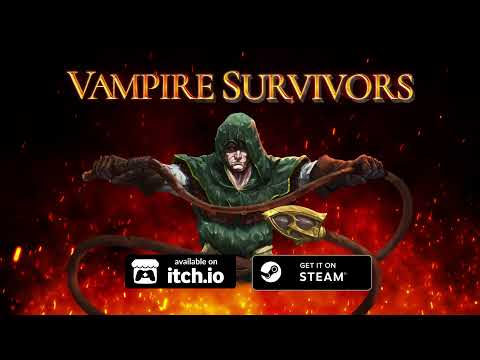 The point is that Vampire Survivors is built on movement. The hero can walk alone, dodge attacks and pick up items scattered around the map – nothing else needs to be done. There’s not even a firing button in the game: volleys of lightning, a whip and other weapons hit the target on their own. In addition, the system requirements are as low as possible. Vampire Survivors can even run in a browser.

FAR: Changing Tides is a game about a world that has experienced a terrible tragedy. As a result, the area is under water and you can only move on the water. In a difficult situation, the main character has to move forward and look for the poor guys who survived after the flood. Despite the post-apocalyptic setting, the gameplay proved to be meditative. 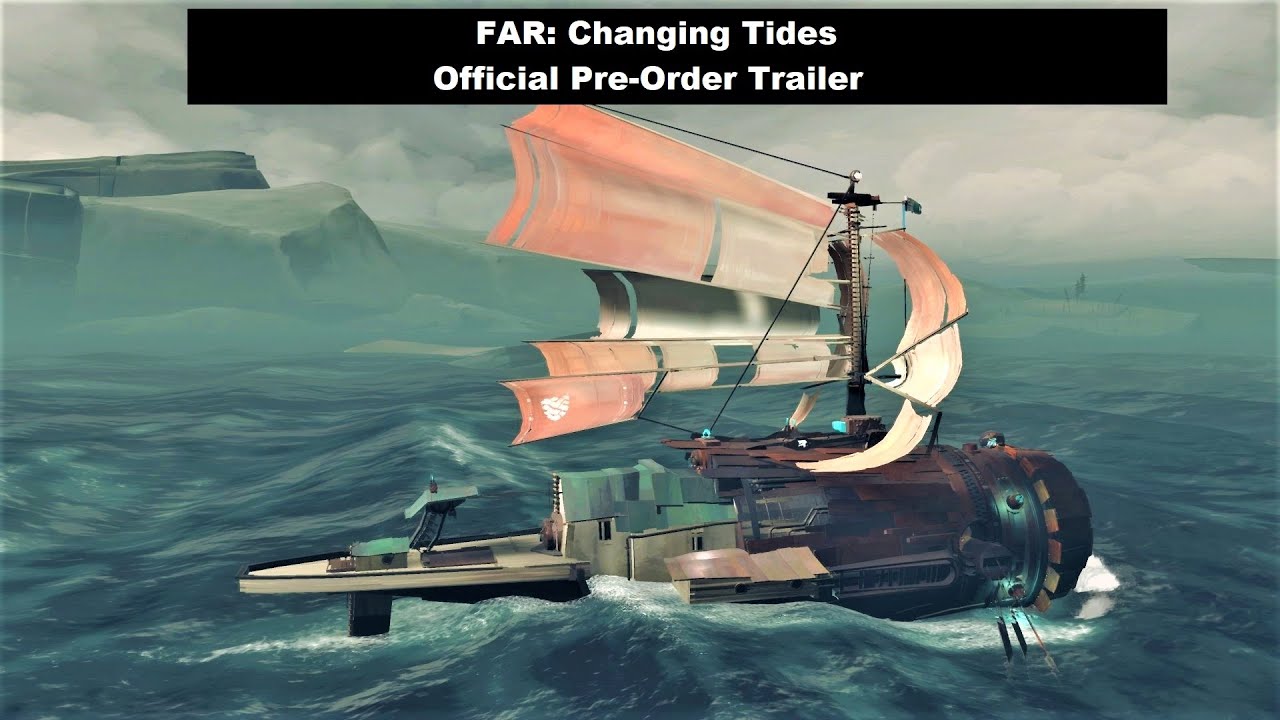 During the adventure, the hero will have to solve simple puzzles, keep track of the ship’s dimensions and overcome many obstacles. Sometimes difficulties invite thought, but they never present an unbearable challenge or make you nervous. Another benefit of FAR: Changing Tides is the soundtrack. The music relaxes perfectly and adapts to the action of the character: as soon as he stops, the song also slows down. This helps to bring you into a state of calm.

Relaxation toys against stress. Minigames that relieve stress in minutes

Anti-stress – relaxation toy is suitable for gamers who spend a lot of time on the road because you can place it on any smartphone. With its help, it is very easy to escape the crowds for a few minutes and calm your nerves. Many anti-stress relaxation toys seem simple, but they do the job perfectly. 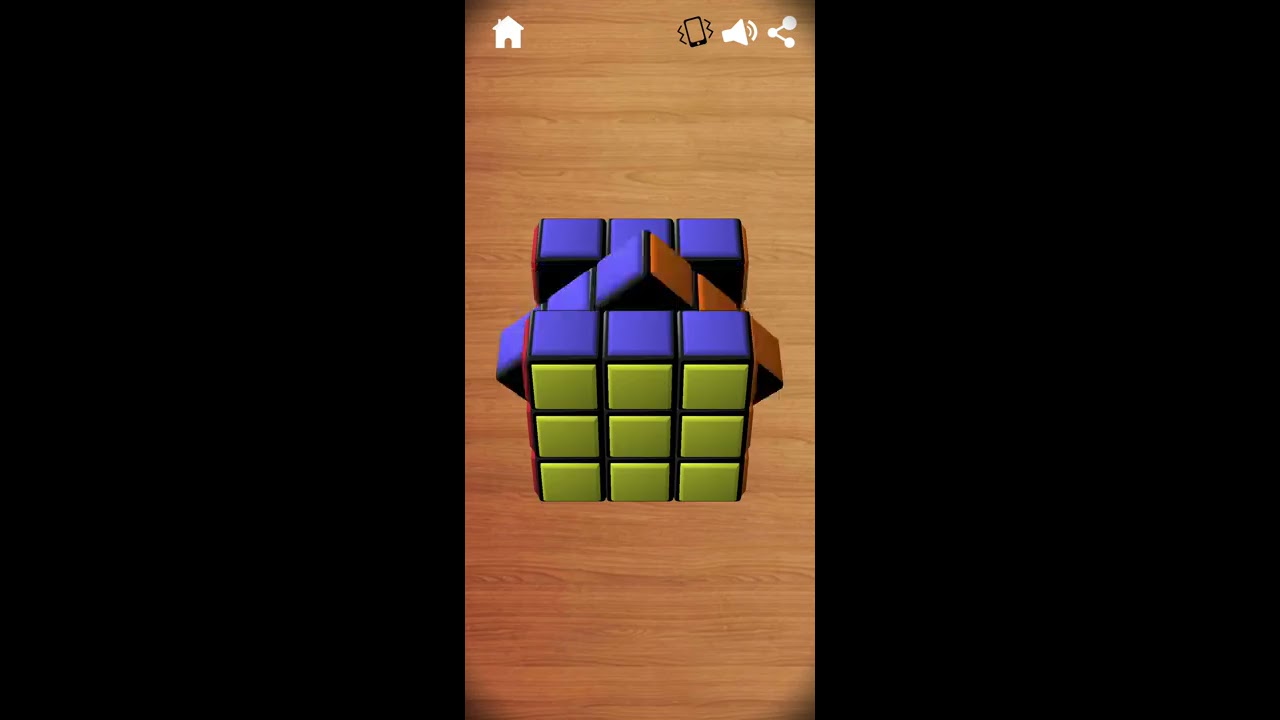 The developers even offer to enjoy many simple toys: spin nice-sounding gears, start a spinner, mow the grass, and so on. It won’t take much time, but it will help to alleviate the level of emotional stress and look at problems with fresh eyes.

shadowmatic. Anti-stress in your pocket

Shadowmatic is another game for mobile devices that allows you to relax in the middle of the workday. The process is very simple: the player gets objects that can be rotated in any way – the main thing is that their shadow forms the necessary image. 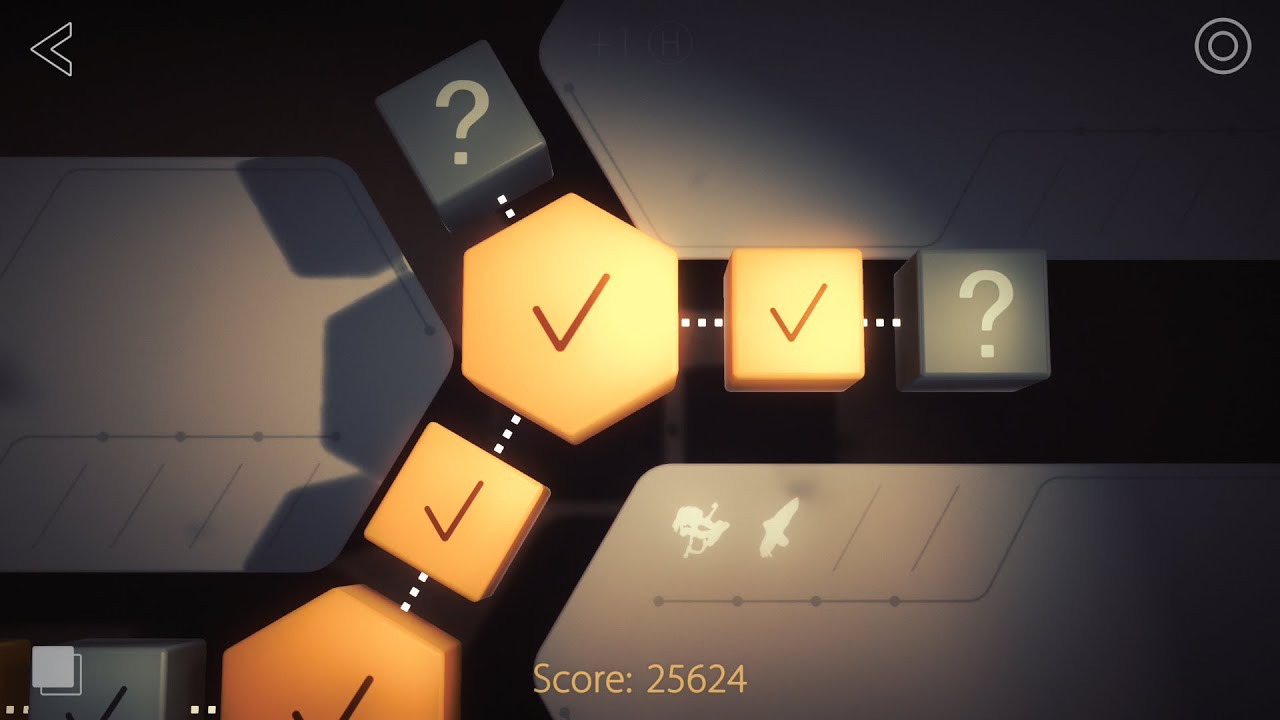 A meditative melody will help distract from worry and focus on torsional spinning. It’s fun to do this, but when the puzzle comes together, you rejoice no less than the victory over Malenya in a chic Elden Ring. There is a lot of junk in mobile stores, but everyone should install Shadowmatic.

gibberish. One of the hottest projects of 2021

Wartales is a role-playing game in which gamers have to survive in an unfriendly world. Bandits roam the roads, the peasants starve, the forests overflow with aggressive wolves, the plague grows everywhere and kills the once great state. Regardless of the difficulties faced by the heroes, the gameplay is still relaxing and soothing. 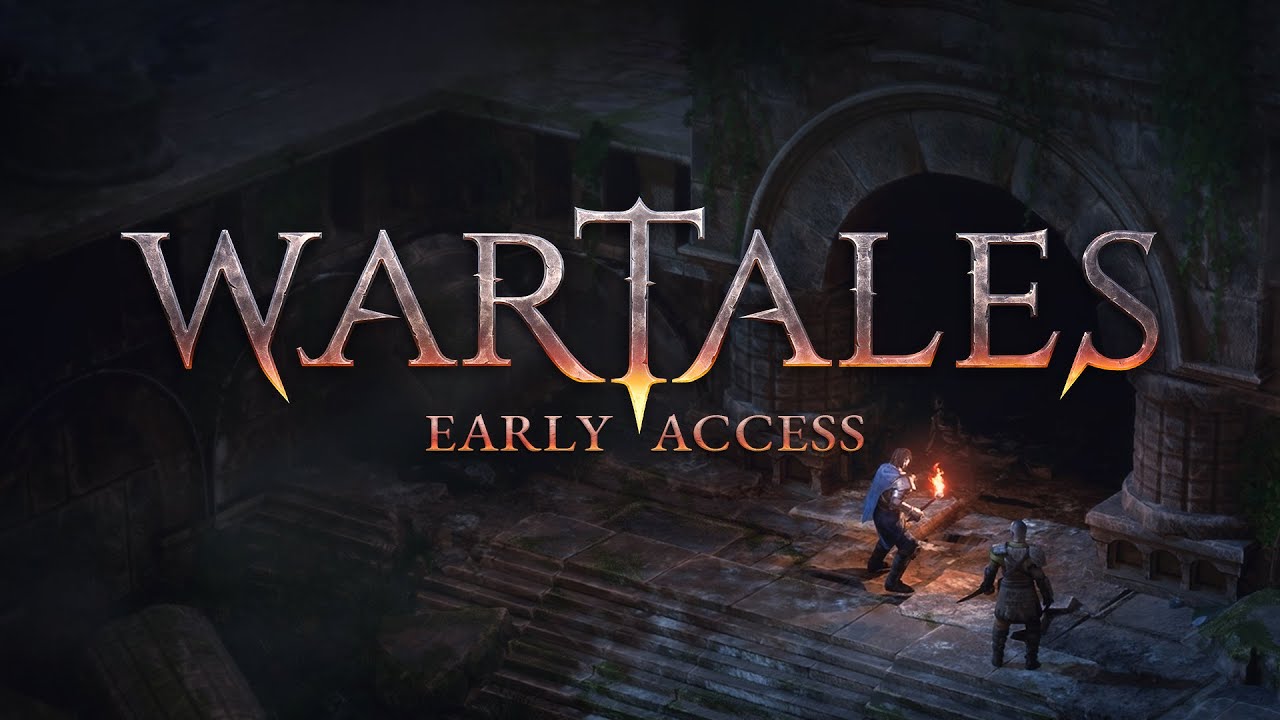 You will have to start the adventure with a quartet of mercenaries who dream of the banal pleasures of life. They want to eat, stay overnight in comfortable conditions, get paid on time for their work and try on increasingly cool equipment.
There are several ways to deal with these problems: you can rob farmers, befriend bandits, live an honest life, sell homemade things, become a folk hero, and so on. Each path will be curious and enjoyable.

Some of the time, the group will have to roam the location in real time, collecting resources, accepting missions and chatting with NPCs – but sooner or later bandits, predators and other adversaries will get in the way. Then the game turns into a turn-based RPG, where you have to skillfully use skills, calculate moves in advance and hope that units will deal critical damage. It is important that the fights are measured and not made you nervous. Lots of well-developed mechanics make Wartales one of the stickiest games of recent years. There’s nothing easier than turning him on to run for half an hour and come to his senses in the middle of the night. At the same time, the relaxed gameplay is quite relaxing.

And which games will help you through difficult times? Write in the comments – it will calm down together.

What is the best game in the collection?

The factory racing team "KAMAZ master" is looking for ways to replenish the budget, and one of these options was the sale of racing...
Automobile

I bought a collapsible rubber funnel, put it in my Duster under the hood, near the right pillar. Indispensable when topping up...