Sony has released a video telling God of War. It has a lot of new art.

Sony decided to prepare the players for the upcoming release God of War: Ragnarok, featuring a seven-minute video recounting the plot of the previous installment. In it, actress Felicia Day reads a book to the public and sometimes bickers with Mimir.

The video contains many new illustrations, so it will be interesting for those who remember the adventures of father and son well. 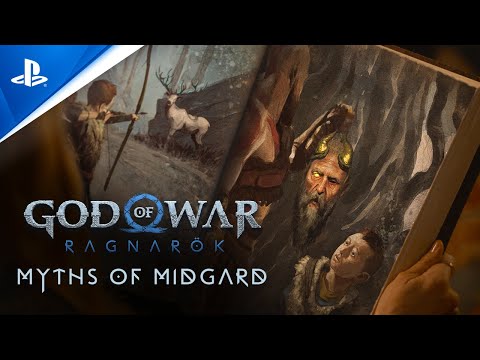 The next chapter in the God of War story begins on November 9. In the Russian PS Store, the game is sold for 5499 rubles, but due to the political situation, it cannot be purchased.

Last month, the authors of God of War: Ragnarok talked in detail about the collector’s editions of the game. The two most expensive versions include a full-size Mjolnir hammer. Do you also remember the game about a squirrel using a human firearm? So she got a Steam page, more gameplay and a name – Squirrel with a Gun.

MP Zhurova believes Ukrainians will not hear the call to stop boycotting the 2024 Olympics 07:41

Spending of Russian large and medium-sized companies in the nine months of last year increased by 12%, or 2.1 trillion rubles. amounting to...
Gaming