Today is a great day for fighting game fans. In addition to a small teaser hinting at the new Tekken, a new trailer has hit the network Street Fighter 6. In it, the developers introduced two heroines: Kimberly and Juri.

Kimberly is a brand new character for the series. The girl dreams of becoming a ninja, but at the same time is a fan of street culture, carrying spray paint and an old cassette player. She actively uses them in battle.

But Juri has already appeared in previous installments. Known for her sadistic tendencies, the heroine is fluent in Taekwondo and delivers quick kicks. 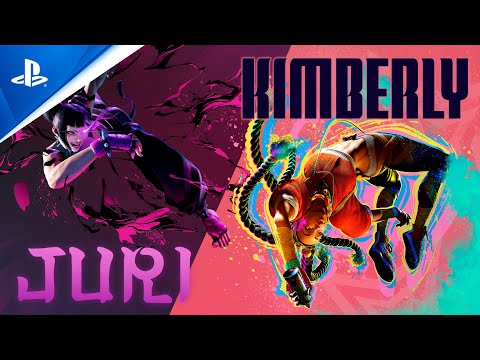 “Oh my gosh, Juri looks amazing! So glad she’s part of the main cast and not DLC. Please respect this woman’s name!-Michael F.

“Juri looks amazing love her design in SF6– Bird who knows what is right.

“Juri is the only reason why I have to buy this game– Guda go Shinda.

Street Fighter 6 will be released in 2023. The game has been announced for PC, PS4, PS5 and Xbox Series S/X.

All screenshots from Street Fighter 6 can be viewed here.

Russian President Vladimir Putin said at a meeting with representatives of public patriotic and youth organizations in Volgograd that the memory of the victims...
Sports

Castellón wants to regain the lead at the expense of a points problem CF La Nucía.La Nucia He wants to fly and he has...
Tech & SciFi

Whats up working on its implementation. new feature that allows users to create shortcuts to search...
Latest News