translation of an article by Jason Schreier for Bloomberg

The authors of the fan-made remake of Morrowind showed how the graphics of the RPG, released 20 years ago, have changed

Disclaimer: This text is a translation of an article by American gaming journalist Jason Schreier, which he published in Bloomberg.

In the summer of 2020, a terrible event occurred in the United States – a police officer killed a black citizen, George Floyd. After that, Rockstar Games decided to postpone the new game mode for Grand Theft Auto Online.

The mode is called Cops ‘n’ Crooks (available in GTA4 – approx. ed.). As conceived by the authors, the players unite in teams of police officers and criminals to confront each other. But in the wake of the outrageous misconduct and subsequent murder of George Floyd, the world began to massively condemn any violence by law enforcement officers. Rockstar Games management was very concerned about how the public would accept the new mode at a time of mass skepticism and distrust of US police. As a result, top executives decided to postpone the release of Cops ‘n’ Crooks indefinitely. People familiar with the development process assure that the publisher is thinking of not launching the mode in GTA Online at all. 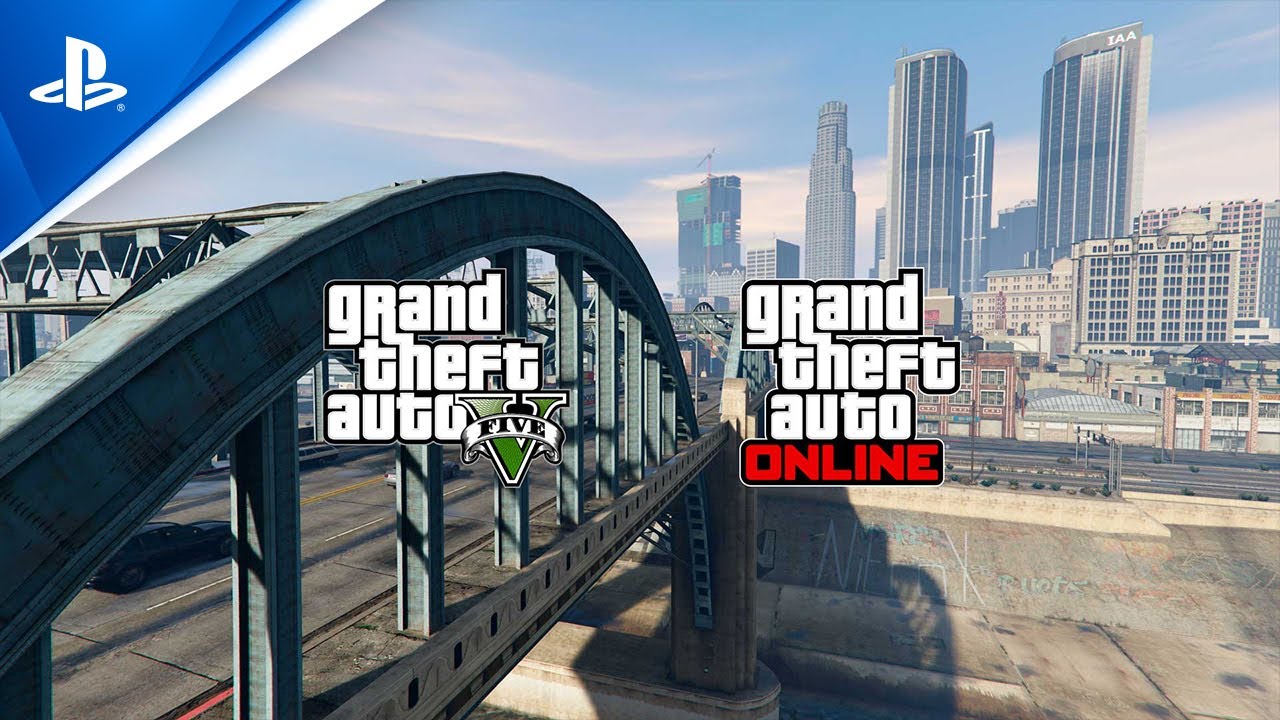 This is one of many tough decisions Rockstar and Take-Two have made over the years. The company has also removed transphobic jokes from the latest update to the Grand Theft Auto 5 console and equalized the salaries of men and women. According to insiders, the sixth part of Grand Theft Auto will debut a female protagonist for the first time. She will be part of a duo of main characters inspired by the famous bank robbers Bonnie and Clyde. The developers also don’t plan on fooling fringe groups like they did in previous releases of GTA.

Actions like this once seemed unthinkable for a company whose best-selling game series is an inventive satire of America. In their games, the main roles are always played by bandits who don’t have to kill civilians, and women are positioned as sexual objects. Grand Theft Auto 5 was a nihilistic parody. The game’s authors mock everyone – conservatives and liberals alike. And the company itself had a toxic corporate culture. Rockstar employees allowed themselves to drink and go to strip clubs together while working, even arguing. The company started to crack – managers and developers worked, often stayed overnight and often worked on weekends. This turn of events was justified by the timing of the release of games. This strategy paid off: Grand Theft Auto 5 eventually became the second-highest-grossing game of all time. Now the circulation is 165 million copies. This policy also led to employee burnout, employee exodus and the ensuing scandal in 2018, which saw hundreds of Rockstar employees speak publicly about the difficult situation within the team.

In response to these events, Rockstar sought to improve working conditions. This was told by more than 20 anonymous employees who work or have recently left the company. One of them described Rockstar Games as “a club that has become a real business”. A Rockstar spokesperson declined to comment on these claims.

Will the updated Rockstar Games be able to release high quality games that will break all sales charts? Some employees have doubts about this. Morale at the company is now higher than ever, according to many employees. But Grand Theft Auto 6’s development has been slower than expected by dedicated fans and developers who have been with the company for years. The development slowdown is due not only to the COVID-19 pandemic, but also to a number of changes aimed at improving working conditions. For example, top managers have restructured the design department. Some employees say they are still trying to figure out how to make games within the new cultural agenda. Management also doesn’t understand what the new Grand Theft Auto should look like in the modern world. Several Rockstar employees noted that it is very difficult to fool America now, as it has long become a parody of itself.

The company changed direction on all fronts and in 2019 Dan Houser left the company – he was the creative director and ideological inspiration for many Rockstar games. These developments clearly indicate that Grand Theft Auto 6 will be very different from its predecessor.

Rockstar Games was founded in 1998 by some British video game enthusiasts. As a result, the studio became a subsidiary of Take-Two publishing house. Released in 2001 Grand Theft Auto 3 and its sequels, Rockstar revolutionized open world gaming. Financial success has allowed the studio to expand its workforce to several thousand people and open offices in California, New York, the UK and other countries. Grand Theft Auto products accounted for 31% of Take-Two’s total sales. In fiscal 2022, the publisher’s revenue was $3.5 billion, according to the report. Jamie King, co-founder of Rockstar Games, said the company’s corporate policy was a stable seven-day workweek for all employees. He stated that such a culture is “unsustainable”. Absolute hits Red Dead Redemption and Max Payne 3 required some developers to work 14-hour days for months, including weekends. This practice negatively impacted mental health and other aspects of employees’ lives, including their personal lives.

In October 2018, shortly before release Red Dead Redemption 2, Dan Houser stated that his team worked “100 hours a week” to complete development by the deadline. After Hauser withdrew his words, the ruling nevertheless became a turning point for many employees. In recent years, similar complaints have flooded the gaming industry. Employees at Activision Blizzard, Riot Games and Ubisoft have criticized their employers for sexual discrimination, crunches and other issues. Last summer, the DFEH (Department of Labor Compliance) filed a lawsuit against Activision Blizzard. The California Department has accused the company of sexual harassment and discrimination in the workplace. The accused companies acknowledged the problems and promised to change. But none of them have done as much in response to employee outrage as Rockstar. This was told by the studio staff.

According to them, Rockstar Games has been transformed. The work schedule changed, contractors were handed over to the state and toxic managers, who were very difficult to work with, were fired.

When the COVID-19 pandemic started, management provided the employees with all the necessary medicines, protective masks and even provided cash bonuses. During the protests over George Floyd’s murder, the company said it would send donations to Black Lives Matter charities. Workers received new benefits in the areas of mental health and leave. A new policy called “flexible hours” allows employees to take time off for every extra hour they work. And for four years now, management has been promising that Grand Theft Auto 6, one of the most anticipated games for fans and investors, won’t have to work overtime to release Grand Theft Auto 6.

The new company policy has led to changes in the game. Initially, the project, codenamed Project Americas, was planned to be bigger than any other game in the GTA series. According to insiders well acquainted with the development process, in the early stages of the design, the authors wanted to model areas similar to the vast expanses of the Americas. But the company abandoned those ambitions and reduced the main map to a fictional version of Miami and the surrounding areas. Now Rockstar plans to constantly update the game and add new missions and cities to it regularly. The management of the company hopes that this will have a positive effect on the development. However, the game’s world remains huge, with more locations than previous games in the series. But such a strategy affects the development time.

In addition, to avoid rework, Rockstar recruited producers to closely monitor the progress of development. This had a positive effect on the work, but at the same time there were minor problems. Some employees say they had to spend a lot of time communicating with intermediaries. And some thought their work was being supervised by several people, so they didn’t know which of the managers had the last word.

Rockstar has put in place a new management structure following the departure of former design director Imran Sarwar, who was accused by several employees of bullying and abuse. Three other directors have taken his place, creating situations where design decisions often remain in limbo or contradict each other. As a result, some important aspects of the game, such as the combat system, were changed regularly.

Industry analysts suggest the next Grand Theft Auto will be released around fiscal year 2024, which runs from April 2023 to March 2024. At the same time, developers are skeptical. The game has been in development since 2014. Despite the fact that there are free schedules, people interviewed for this article noted that they don’t even know the estimated release date of the sixth part of GTA. They hope that the game will be released in at least two years. Earlier this year, a group of designers left Rockstar’s Edinburgh office and told colleagues they were tired of the lack of progress.

At the same time, many say they are satisfied with the work in the company. Now they are under no pressure to release a new game. Grand Theft Auto 5, which was released in 2013, has become the most profitable entertainment project of all time – thanks in large part to Grand Theft Auto Online. This unprecedented financial success gave Rockstar the freedom to make radical changes and not rush into a new project. As an anonymous contributor noted, reshaping Rockstar’s culture can help retain and attract staff, and lead to the creation of even better games that investors and players alike will appreciate.

Do you think developers have to work long hours to make great games?