How is Russian cybersports going and did the organizers of the UK Play Cup manage to get an entire stadium into the tournament?

From June 17 to 19, the final of the UK Play Cup tournament took place in Moscow. The organizers rented the stadium, gathered the best teams Warface and did their best to entertain fans of professional gaming. But how did the event go and what does Russian eSports feel like? I drove to the tournament and I hasten to share my impressions! 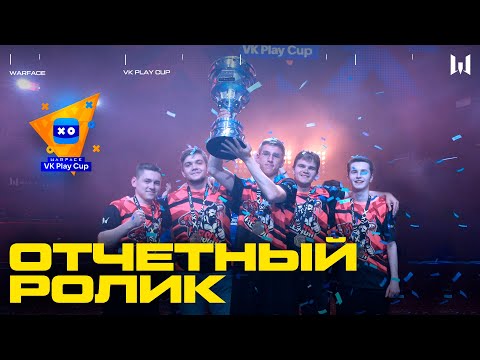 What is Warface VK Play Cup?

I’ve always been far from eSports. I know that the biggest tournaments draw crowds, prize pools run into the tens of millions of dollars and the top players like s1mple have an army of devoted fans. Plus, in cases where scandals flare, such as between Boombl4 and his wife, the internet immediately starts to boil – before the conflict between Johnny Depp (Johnny Depp) and Amber Heard (Amber Heard) is far off, but still. Even the government has been paying more and more attention to professional players in recent years, claiming military suspensions and mysterious esports companies. However, despite such hype, my passion for high-level gaming still seemed like a niche to me, and there was no need to follow even top tournaments.

The organizers of the Warface VK Play Cup tried to dissuade me and other nihilists. On May 11, they started the tournament, where the best teams competed in cyber shooting and tried to take a high place in their pool. As a result, the top teams reached the LAN final, where the fate of a beautiful cup and substantial prize money was decided from 17 to 19 June.

For the first place they were awarded 4.5 million rubles, for the second place they gave two million, and the bronze medalists received a million each. Even the outsiders did not lose: the worst teams received 500 thousand each. But did the organizers manage to hold a cool tournament? Without a doubt, yes. Watching the spectacle was fascinating, even for someone who knew nothing about eSports.

How was the tournament?

To make the tournament as epic as possible, the organizers rented a volleyball stadium where the Dynamo team plays. For esports goals, the site was redesigned: the host regularly walked around the stage and turned on the audience, four analysts stood at a large table and delved into the teams’ tactics, commentators sat in front of the cameras and fervently discussed the progress of the shootouts, and the esporters themselves sat behind cool computers. Even in small things, the organizers handled the matter responsibly. The host’s departure was accompanied by a spectacular fog, after the bright moments of play the room glowed epically and the cameramen who brought the broadcast on the big screen almost always chose the best angles.

The fans made the tournament even more atmospheric. It cannot be said that the stands were full, but the number of spectators was nevertheless surprising – a total of 2,300 people visited the stadium in three days. At the same time, all those present spent money on a ticket, which cost from 150 rubles to a thousand.

Do not call casual viewers. They came to the tournament with posters, loudly chanted and actively supported their idols. The Svoyaki team was especially lucky, ending up at the end of the standings, but was certainly pleased with the fans. There is nothing to say about clubs like Virtus.pro – the popular brand was supported by most of the public. The teams themselves didn’t disappoint either – they did everything they could to make the shootings hot. Sure, some matches were devoid of intrigue, but others made even gamers nervous, launching Warface only a few times, which was celebrating a decade.

There were episodes where the only remaining player was surrounded by four opponents, heroically crushing everyone and even managing to defuse the bomb. It was this performance that decided the outcome of the showdown between Virtus.pro and MementoMori – no wonder the hall was torn with delight. As a result, a serious approach to organization, active fans and a cool skill of esports players made the VK Play Cup a holiday.

Why is such a tournament important for eSports?

Russian esports players have been playing international tournaments for a long time, but society has only just started taking them seriously. Unfortunately, progress has been crossed out in recent months: Ubisoft has closed the Russian league for Rainbow Six Siege, Blizzard in no rush to promote Overwatch in our region, e-football fans have no one to compete with, and teams like Team Spirit have moved to Serbia. You should not expect the situation to normalize in the near future – you just have to rely on local organizers. Fortunately, tournaments like the UK Play Cup are sparking interest in the industry. It’s events like this that make it clear that esports is a fully-fledged part of traditional sports.

Professional gamers get a decent salary, train as much as football players and follow the instructions of the coach, on whom much depends. In the stadium, there are even more touches to football: the roof is blown off by the most epic esports performance, no less than after Messi’s spectacular trick (Lionel Messi), and the fans are singing as loud as the Dynamo cheerleaders. Having attended an event of this level for the first time, there is a desire to take a closer look at esports and at least occasionally include broadcasts of the coolest events. For the development of Russian industry, such an effect is worth a lot.