Unusual smartphone Nothing Phone (1) was shown from all sides. It has 900 LEDs

Lenovo is preparing a new gaming laptop with top hardware

The specialist scalped the AMD Ryzen 7 5800X3D processor, improved its characteristics and found out how it compares to Intel chips

Tech blogger Marques Brownlee published a new video showing an unusual smartphone – Nothing Phone (1). It will be presented on July 12, but it has already become known what it looks like and what features it has. 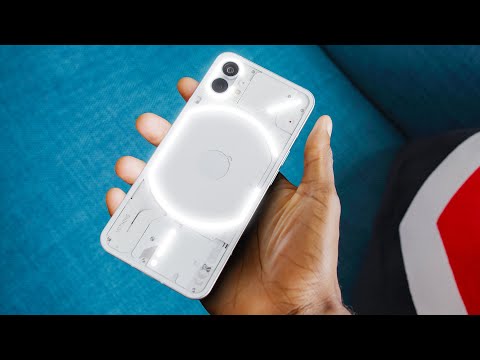 The novelty differs not only in the original name, but also in design. Nothing Phone (1) has a transparent back showing the wireless charging coil and some LED strips. At the same time, the flat edges of the case are similar to those of the iPhone 12 and 13.

LEDs, as noted, can perform a number of functions. They show the charge level, report a missed call or message and also act as a backlight or flash. In addition, the LEDs (and there are 900 of them) can flash to the rhythm of the ringtone – in the beginning there will be 10 ringtones with support for this function.

In addition, the first test data appeared, which revealed the performance of the smartphone, the processor and the amount of RAM. According to a leak from the Geekbench database, the novelty will get a Snapdragon 778G+ processor with 8 cores and a maximum frequency of 2.51 GHz. The Kryo 670 video subsystem is responsible for the graphics and it is also known that the new product will get 8 GB of RAM. Other specs unknown.🦑 Netflix to host ‘The Squid Game’ in real life

Fines following the adoption of amendments to the Administrative Offenses Code will be handed out much more, warns Petr Shkumatov, a member of the...
Latest News