Samsung and LG showed the screens of the future – they can be folded, extended and bent 360 degrees

Samsung and LG presented their new display designs. During the presentation as part of SID Display Week 2022, they showed several models that may appear in future devices. 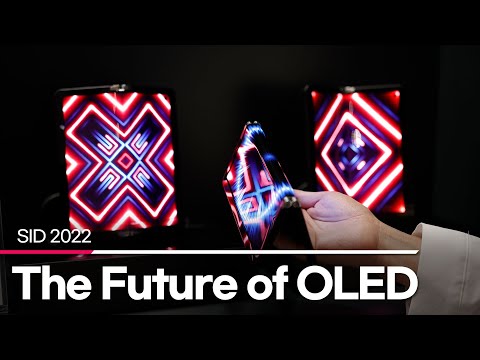 For example, LG introduced a 17-inch OLED panel for laptops. This is a single folding touchscreen that allows you to turn the laptop into a huge tablet in the open video. They also showed a 360-degree bendable OLED panel for smartphones. It is said to withstand more than 200,000 turns.

Samsung limited itself to concepts and prototypes, but they are very interesting. For example, they showed prototype folding devices with Flex G and Flex S displays. The first version can be folded twice in one direction and the second can be folded like an accordion. It is not yet clear when all this will appear in the release. The content for the very old has arrived – creators have pushed Shurik from Soviet movies into Elden Ring.