Day of Sorrow LGBT Parade. Chisinau and Tiraspol argue over the Bendery tragedy

Message from Zelensky delivered. How did the negotiations between Putin and the Indonesian President go?

For Pridnestrovie, June 19 is the Day of Remembrance and Grief in the city of Bendery. 30 years ago today, the Moldovan army launched an attack on the border town, inflicting hundreds of casualties on both sides.

The attitude to this history on the two banks of the Dniester is completely different. While residents of the unrecognized republic participate in mourning events and a nationwide minute of silence, a wide range of events will be held in Moldova, from an anti-government protest and a religious parade, to an LGBT march and a star-studded concert. – Including the Russian scene.

At the same time, June 19 is not an official date for Chisinau, but in the future this may change.

This week, a proposal was made in the republic to proclaim this date as the National Day of War Volunteers, in memory of those who raided Transnistria Bendery.

The proposal was made by the 1991-1992 War Volunteers Union, an association of veteran volunteers who participated in the war on the side of the Moldovan army.

According to the head of the union, Sergiu Karakaya, the President of Moldova sent a letter to Maia Sandu with the relevant request. He also asked to pass a special law on the legal status of war volunteers.

“First the war volunteers must be recognized by law, then we will present a series of proposals,” he promised.

It is part of their national ideology that they honor warriors and create heroes out of them. These are blasphemous things.

The diplomat believes that such proposals exacerbate the conflict between Chisinau and Tiraspol, destroy trust, mutual understanding and hinder the normalization of relations between the two sides.

The Transnistria conflict began in 1989 due to the decision of the authorities of the republic to make the Moldovan language the only state language. Soon, Russian-speaking inhabitants of the regions on the right bank of the Dniester favored the creation of Transnistrian autonomy.

The Transnistria conflict began in 1989 due to the decision of the authorities of the republic to make the Moldovan language the only state language. Soon, Russian-speaking inhabitants of the regions on the right bank of the Dniester favored the creation of Transnistrian autonomy.

After the collapse of the USSR, the conflict escalated and the Pridnestrovian Republic of Moldova (PMR) declared its independence. A few months later, in March 1992, armed conflicts broke out on the territory of the former Soviet republic.

On June 19, 1992, the conflict entered its most violent stage – on that day, the Moldovan army tried to attack the border town of Bendery with the help of heavy artillery and armored vehicles. On the same day, Moldovan and Romanian volunteer armed groups entered the battles. Bloody clashes continued for about a week, then Russia intervened with a peace mission.

Already on August 1, the Transnistrian armed conflict officially ended, but has not yet been resolved politically.

Chisinau is building an anti-Russian identity

Vladimir Bruter, an expert at the International Institute for Humanitarian and Political Studies, believes the Volunteer League’s initiative has every chance to become a reality.

“Why? There is nothing stopping the current parliament from making an appropriate decision,” he said.

Andrey Safonov, deputy PMR Supreme Council, agrees. According to him, “this fits into a single chain of more pro-Romanian policies pursued by the current official Chisinau.”

At the same time, in a conversation with socialbites.ca, the politician expressed confidence that the fate of these volunteers is secondary in this matter.

In this case, the Moldovan authorities are not so interested in the fate of the volunteers who fought on the side of Moldova, but in creating an atmosphere in which a return to friendship with Russia will become impossible for Moldova. Of course, such a policy drives Pridnestrovians away from Chisinau. 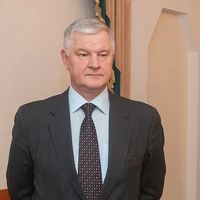 For his part, Vladimir Bruter added that it is necessary to set such controversial memorable dates in order to establish a national identity in line with the ideas of the Moldovan authorities.

“Of course they want to create a kind of national ideology that will be anti-Russian.

All ideologies formed in the western republics of the former USSR, with the exception of Belarus, are formed on an anti-Russian basis. This very obvious fact was clear in 1991. “Just because the West uses these republics for its own benefit, and Russia for various reasons cannot use them too much,” he said.

How will this affect the Transnistria conflict?

According to Vladimir Bruter, Chisinau is not afraid to spoil relations with Tiraspol, because in resolving the Transnistria problem it relies on an external factor.

“From the point of view of the current Moldovan authorities, if the conflict between Chisinau and Tiraspol is resolved, then it will be resolved only with the participation of Washington. The United States now offers autonomy to Transnistria, but it is clear that autonomy means absolutely nothing in the current situation. It would be the same as the return of the LPR and DPR to Ukraine as autonomy,” he said.

At the same time, according to him, the Moldovan authorities do not consider the solution of the Transnistrian question an obligatory task for them.

“They think so: Washington better do everything. If not, okay, let’s move on,” Bruter said.

According to the expert, no decision of Chisinau, including the establishment of the National Day of War Volunteers, will in any way affect the current status quo.

This will not affect the relations between Chisinau and Tiraspol in any way – they do not exist now and they never will be. No meeting, no meeting ground – everyone is waiting to see how the military operation will develop: whether it will reach the Odessa region and the Transnistrian border. All other issues seem secondary at the moment,” he said.

Pridnestrovian deputy Andrei Safonov agreed with this assessment, noting that it is unlikely to discuss a complete freeze of relations.

“Economic cooperation, trade, interaction in the social field, in the field of medicine, etc. I think it will be possible to find common ground on issues.

As for political dialogue, it has already been suspended, as Moldovan officials admit.

Therefore, whatever the domestic political events and sympathies in Moldova turn now, I believe that this in no way promotes the revival of the old dialogue,” he said.

What’s next for Moldova and Transnistria?

As Vladimir Bruter noted, due to the peculiarities of the political division of the country and the experience of armed conflict in the early 90s, Moldova remained a neutral state for a long time. However, the recent election cycle and foreign policy conjuncture have put an end to this status quo – “there is no more neutral Moldova.”

“Of course the current government will continue Moldova’s rapprochement with the West, Pridnestrovie will not agree.

Terrorist attacks and various provocations will periodically take place on the territory of Pridnestrovie – this is how relations between the two banks of the Dniester will look, ”the political scientist predicted.

According to Andrey Safonov, in Pridnestrovie they have not linked their future with Moldova for a long time, because “There are huge differences between Chisinau and Tiraspol, they have completely different foreign policy guidelines.”

“At the moment, the official policy of Tiraspol is aimed at achieving independence, or rather, its international recognition,” said the Pridnestrovian deputy.

“If Chisinau is firmly heading towards European integration, then Pridnestrovie is heading, as before, towards the Eurasian integration project and the current real military-political union with Russia. For 30 years, no consensus has been reached between these two aspects. And the current discussions in Moldova certainly do not contribute to this search for reconciliation,” he said. 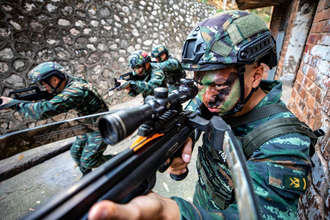 What’s behind the talk about China’s imminent operation against Taiwan? 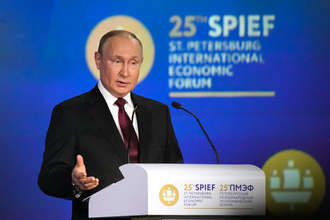 “Death rumors are greatly exaggerated”: what Putin talked about at SPIEF

Putin explained why it was “inappropriate” to attack the fortified areas of the Armed Forces of Ukraine near Donetsk.

“It will be some kind of waiting room.” Kyiv approaches candidate status for EU membership

Macron assured that France and Germany would not negotiate with Russia instead of Ukraine.

Pridnestrovie hosts commemorations dedicated to the 30th anniversary of the Bendery tragedy, the beginning of Moldova’s offensive against the bloodiest episode of the war, the Pridnestrovian city of Bendery. On the eve of the date of mourning in Chisinau, a proposal was made to remember on this day the volunteers who took part in the storming of the city, which caused a sharp reaction from the PMR officials. Why the events of 30 years ago are again relevant today, and what the future holds for the participants in the Transnistria conflict in the material of socialbites.ca.

How much does a road trip from Moscow to Karelia, the Black Sea or Kazan cost on average now? The calculation of the...
Gaming

About 320,000 new cars were sold in Russia from January to May. In the most favorable scenario, they will sell the same amount...