Disney and Marvel have announced a game presentation

A creepy shooter has been released on PC, where you can defeat enemies with a belt. It even works on very weak PCs

Mediatonic recently released versions Fall Guys for current generation consoles, including the Nintendo Switch, while porting the game to a shareware model. The decision proved successful: in just 48 hours after the switch to free-to-play, 20 million players watched the project. Should you come back or try the funniest competitive game for the first time? I have tested the updated Fall Guys and I hasten to share my impressions! 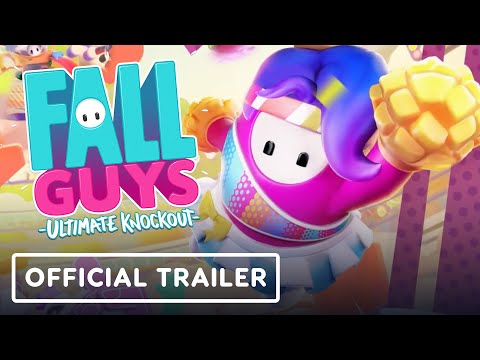 What is Fall Guys?

I started playing Fall Guys on release day. The game landed right away on the PS Plus subscription and caught the attention of many gamers – including mine. Funny little guys ran through colorful arenas and took part in cool competitions. Racing, football, dragging balls, chasing a tail, memory challenges – the developers have come up with a lot of worthy entertainment. The tournament concept only added to the fun: after each round, the most unlucky players and teams were eliminated, while the best kept chasing for first place. As a result, gamers were very nervous when a wrong move led to a relegation and the team was unable to roll a huge ball into the wrong goal. However, hardly anyone was really upset – such a cute game is simply not capable of evoking destructive emotions, and the eliminated player still got valuable points.

Unfortunately, as cool as the project was, and gamers slowly started abandoning it – I also deleted Fall Guys after three months and never came back to it. There are many reasons: all content was quickly remembered, there were not enough motivational rewards and developers rarely gave new challenges. Neither the deal with Epic Games, nor the new content, nor even the skin of the charming 2B helped to attract the audience. Mediatonic and Epic Games had only one option to save the game – and the companies took advantage of it. On June 21, Fall Guys became free to play and tabs with a shop and battle pass appeared in the main menu. But hasn’t it killed the competitive spirit? And did the developers manage to fill the project with new content? Well, you can find monetization errors in Fall Guys, but overall the updated version of the project is very good.

The gameplay has remained the same. Fall Guys is still a cycle of competitions, with a whole crowd at the start on the first lap, but with each new race there are fewer and fewer participants. As a result, one hero or the most skilled team will reach the final. The process is still fun. Running through the obstacle course, dodging flying balls and jumping on the swings is fun, and awkward falls don’t cause irritation. The trick is that there is absolutely no shame in flying out of the competition – after all, success depends not only on skill, but also on randomness.

Of course, a player who understands the meaning of the challenges and knows how to control the character gains an advantage. He knows how to behave on a swing, when to jump and when to be as careful as possible. However, neither skill nor experience guarantee success. Take, for example, the “Breaking Doors” competition. The hero’s path is constantly blocked by many doors – with some of them flying away after a light push, while others stay in place no matter how hard you fight. There is no way of determining where there really is a passage and where there is an insurmountable obstacle.

You can stay behind the favorite and follow his actions. When it crashes into the wall, immediately jump into another passage and break forward. However, if the opponent turns out to be lucky, he will definitely run to the finish line first. In general, there is no one right tactic – the risk of failure is always high. In team competitions, the situation is even more tense. For example, in the eggnog round, gangs have to steal eggs and drag them to their nests. The losers with the least loot will leave the tournament.

You can work as efficiently as possible: bring especially valuable golden eggs to the nest, prevent opponents from looting well and don’t let the hammer knock you down. However, the failure of partners will still lead to elimination. It seems that random and team rounds should send experienced gamers out with outrage. Yet they sometimes have to leave the competition through no fault of their own. But in fact the chance element relieves responsibility, and the general positive attitude softens the blow even more.

Moreover, competitions do not take much time and participants for the races are recruited quickly. Didn’t win? Then feel free to jump into the next tournament! For example, on PlayStation 5, not a minute elapses from the moment of departure until the start of a new tournament.

After all, developers are even rewarded for losses. The character always gets new side tasks: participate in ten rounds, beat a medal, throw a poor guy off the track – for this they will pour out an extra portion of points. However, the in-game currency will be spent even for a complete failure – the jackpot will be modest, but still enjoyable. However, there is an option to go through the entire tournament and never run into a randomized or teamed round. In this case, the gamer can show his skills to the fullest: best of all, jump, fly nimble in the rings, dodge cannon volleys and don’t let your opponent tear out your tail. Take on the task – and victory is in your pocket.

I didn’t really follow Fall Guys updates, so two years later, the amount of content added was a pleasant surprise. After six seasons and the transition to free-to-play, the game has many new rounds. In the “Fidget” competition, the participants stand in the arena and try to dodge rotating obstacles. “Jump-jump” turns the floor into a trampoline and makes you move with high jumps. Speed ​​Lap is real horse racing game. Volleyball makes you feel like a real athlete. Plus, they’ve added new options for time-tested rounds, such as running around an obstacle course.

The coolest innovation, however, is the Core. The Freaks appear on a large platform, which gradually breaks into pieces. At the same time, bombs are scattered all over the district – if you successfully throw them at the enemy, the blast wave will throw him into the pit. As a result, the alternation of old rounds with new ones is great entertainment, and an extensive selection of modes only adds to the fun. Tired of competing alone? Switch to team mode – if you are lucky you will have skilled players on your team. Of course, studying new content does not take much time, but the developers promise to release updates regularly. If they keep their word, the free-to-play Fall Guys will captivate the community for a long time to come.

After a nightmare Diablo Immortal gamers fear shareware projects more than ever. In reality, however, monetization in Fall Guys is more of a good one. The Cycle: Frontier, where real money can only be spent on cosmetics. Though the transition to free-to-play will upset the oldies. Of course, all players who played Fall Guys at least once before June 21st received a free Battle Pass and the crowns obtained were converted into donated currency. In the future, however, Olds are waiting for tests.

The current Battle Pass is available, but you must pay or grind to access the new pass. Only those who reach level 66 in the current battlepass will have enough currency to unlock new content. As a result, the extraction of new skins will no longer be as easy as before. But beginners will certainly have no problems with the shareware format. They get an improved game with a lot of new content and can enjoy themselves to their heart’s content.

If you want to knock out a pack of cool cosmetics, you can spend money or grind the so-called shmyaks. However, gamers who value gameplay over fashionable outfits will not notice the limitations. In addition, there is also a free battle pass – even if it is noticeably simpler than the paid one.

At the same time, Fall Guys supports cross progression. You can start your Battle Pass promotion on PC, switch to PlayStation and then switch to Nintendo Switch. To do this, simply link your account to your Epic Games account. As you can see, in Fall Guys there is no option to pay and teach the hero to run faster or jump higher – it’s purely cosmetic. This is a suitable option for a quality shareware game.

This is not to say that the new console versions are noticeably different from the PS4 version. Yes, the draw distance has been pumped up and the textures have become clearer – the differences are not that noticeable though. On the Nintendo Switch, Mediatonic’s creation also looks decent. 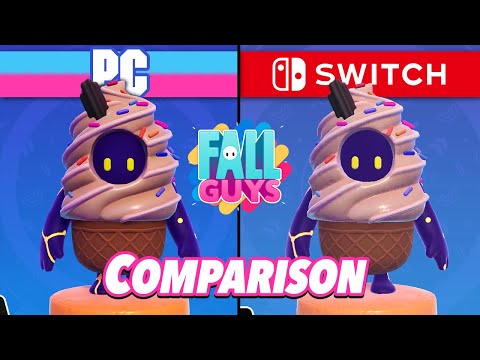 Perhaps the only significant difference has to do with FPS. Compared to the PS4 Slim, which has a 30 fps slot, the experience on the new console feels smoother and more enjoyable. In addition, the download speed on the PS5 is many times faster. Furthermore, the game technically and graphically remains the same.

If you missed Fall Guys on release, now is the perfect time to catch up – the project has been released and the amount of content has grown. Since monetization is as adequate as possible, there is no reason to miss out on the most fun competitive game.

All screenshots from Fall Guys: Ultimate Knockout can be viewed here.

Robert DeNiro will have a dual role. hero and enemyIn a new movie about the Italian-American...
Latest News