“It will be some kind of waiting room.” Kyiv approaches candidate status for EU membership

POLL. Opinion on the actions of the government, Prime Minister Morawiecki and President Duda is growing. However, negative results predominate

Provincial municipalities reduced their debts by 30% during the epidemic: 216 million debtors

“Yes, I had fun, even violently.” Finnish prime minister suspected of drug use

The joint visit of German Chancellor Olaf Scholz, Italian Prime Minister Mario Draghi, Presidents of France and Romania Emmanuel Macron and Klaus Iohannis to Kiev was not announced in advance – this became known after the publication of photos of Western leaders on the Ukrainian diplomatic train. Thursday morning.

Their journey to the Ukrainian capital began with a march through the Kiev suburb of Irpen, which until recently was occupied by Russian troops. After two hours of talks with Ukrainian President Volodymyr Zelensky and the country’s Foreign Minister Dmitry Kuleba, who came to the meeting on crutches.

Ukraine promised to re-member the EU

At the joint press conference held after the meeting, the leaders of the four European countries expressed their open support for granting Kiev the status of candidate country for EU membership.

The most important message of our visit is Italy’s desire for Ukraine to join the EU. Rome wants Ukraine to have candidate status and will support this position at the next European Council 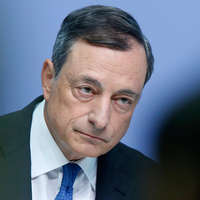 Appropriate explanations were given by all participants of the meeting. At the same time, German Chancellor Scholz acknowledged that Kiev would receive candidate status together with Moldova, and Italian Prime Minister Draghi reminded that “it takes a long way to go from candidate status to real membership in the European Union”.

Volodymyr Bruter, an expert at the International Institute for Humanitarian and Political Studies, said in a meeting with socialbites.ca that these statements had no effect on the real prospects of Ukraine’s EU membership.

This will in no way affect relations between Ukraine and Europe. The West is in such a situation that it has to give at least something to Kiev. But that doesn’t really change anything – Turkey has had candidate status for more than 20 years.

If the EU’s northern states continue to resist enlargement – ​​which they most likely will – Ukraine will receive “candidate candidate” status, he said.

Pavel Timofeev, head of the regional issues and conflicts sector of the European Political Studies Division at IMEMO RAS, said that the European leaders’ statements “seem to have an impact, but no practical content”. “

In his opinion, Ukraine should rely on the implementation of President Macron’s plan to create a so-called European political community, which should unite both EU countries and other non-EU European states close to Brussels with their political values. .

“It seems that when these countries are in a certain orbit of the EU, there will be a kind of waiting room and maybe the EU will even share something with them, but as such, these states will not be able to influence the decision. EU countries,” he admitted in a conversation with socialbites.ca.

What will Russia say to this?

Dmitry Medvedev, Deputy Chairman of the Security Council of the Russian Federation, expressed the strongest reaction to the visit of Western leaders to Kyiv, by making his first post on Twitter in the last three months.

This is what connoisseurs of European frog, liver and pasta love to visit in Kiev. The benefits are zero. Again they promised to join the EU, old howitzers, vodka hit, and the train, as it was a hundred years ago – to the house. And everything is fine. But now this does not bring Ukraine closer to peace. And the clock is ticking… 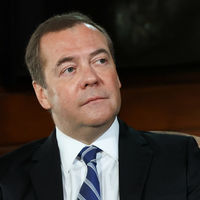 The Kremlin expressed itself more measuredly, expressing the hope that this visit will help resolve the conflict and that the guests of Kiev will not only discuss the issue of “support by arming Ukraine”.

“It will not work and will perpetuate people’s suffering. We hope that they will use contacts to encourage President Zelensky to really look into the situation, ”said Dmitry Peskov, spokesman for the Russian president.

In the specialist community, such prospects are viewed with skepticism.

Pavel Timofeev, head of the regional issues and conflicts sector of the Department of European Political Studies at IMEMO RAS, admits that European leaders may indeed try to put pressure on Ukraine, because “it is clear that the Ukrainian elite is now to blame. It is a state and will not give up even an inch of its territory”.

But the expert adds: “If we talk about repression, then first of all they are putting pressure on Russia.”

“The current situation can be seen as an element of political bargaining. Of course, the mediation of the European leaders seems to be an invitation to the parties to negotiate. But I seriously doubt that these gestures will have any effect. “While the guns are talking, diplomacy will be silent,” he said.

Should we wait for negotiations with Moscow’s participation?

The guests of Kiev stated that after the conclusion of the negotiations, they would not attempt to negotiate with Russia instead of Kyiv. Although the French president promised to call Vladimir Putin, this speech will focus more on food security and the reality of negotiations.

Germany and France will never be in a position to negotiate with Russia for Ukraine. Nor offer concessions [с ее стороны]nor negotiating concessions

Vladimir Bruter, an expert at the International Institute for Humanitarian and Political Studies, believes that “there is no dialogue between Russia and Europe on Ukraine, and not until Russia proves that this dialogue is needed primarily by Europe itself.”

“Until then, Western countries will continue the tactics approved in the Ukrainian presidential election in 2004, in which Russian interests are illegitimately completely abandoned both during the campaign and during the confirmation of the results.

Then the ex-president of Poland, Alexander Kwasniewski, said that Russia would swallow it and accept the conditions we set. As a matter of fact, this approach has not changed in any way for 20 years and it continues to be discriminatory in terms of Russia’s interests.”

According to Bruter, the special operation carried out on Ukrainian soil does not yet see Europe as an argument in favor of changing its approach. At the same time, the political scientist identifies three signs that will make it possible to determine that the situation has changed: “Negotiations should be held on Russian terms, on a Russian platform, and should take into account all the interests and concerns of Russia.”

“Until this happens, everything will go as it is today, when the European leaders during their visit to Kiev said that Kyiv and Moscow will definitely have to negotiate, but until this moment comes Ukraine will buy weapons from Europe. Russia tells them that this approach is a part of it. That’s the essence of their approach that won’t change until they show it’s a mistake,” he said.

Negotiations between the Ukrainian authorities and the leaders of the four EU member states ended in Kiev. In these negotiations, the Ukrainian side hoped to impose a gas embargo on Russia, but the main outcome of the meeting was the promise of European leaders to support the granting of EU candidate status to Kiev. How was the meeting between Vladimir Zelensky and his colleagues and what it means for Russia – in the material socialbites.ca.

Curious about the BadComedian review? The public could not appreciate the trailer for the Hollywood remake of “The Irony of Fate” by the...

In Moscow, police neutralized an organized criminal group that was staging a motor vehicle accident. They broke motorcycles and declared to insurance companies...
Gaming