Aitana Mas is committed to repeating the formula for negotiating budgets “in the most pluralistic way”.

The Polish-Belarusian border is sealed. Deputy Head of the Ministry of Internal Affairs and Administration: “The firewall fulfills all its function”; “This...

What is the Platform preparing for Poland? New PiS spot with Belka and Leszczyna in it. ‘Poles must start to fear for...

Since the beginning of May, protest actions have been held in Bulgaria, the participants of which are against the policy of the authorities of the republic regarding the crisis in Ukraine. Protests, calling for a neutral policy, took place in at least 11 cities, including Sofia and Varna.

The opposition Vozrozhdeniye party actively participates in the organization of the demonstrations. Its representatives demand the resignation of the government, and the opposition, in particular, is angry at the decision on military-technical and humanitarian aid to Ukraine. The document suggests the possibility of repairing damaged Ukrainian military equipment on Bulgarian territory – the opposition considers this step to draw the country into a conflict with Russia.

As part of the mass protest in Sofia on 11 May, representatives of the Renaissance directly accused the Bulgarian authorities of failing to rule the country, and in recent months they have paid more attention to the crisis in Ukraine than to domestic problems.

According to opponents, the republican administration must resign to hold snap elections in the province, which will become “a referendum for the Bulgarian society”.

The protest itself has been dubbed pro-Russian in the local media, including the use of Russian flags along with Bulgarian flags by demonstrators, as well as the protesters’ attempts to tear the Ukrainian flag from the Sofia City Hall building in solidarity. with Kyiv. Activists failed to raise the flag, but Renaissance promised that protests against republican authorities would continue across the country.

Particular attention was drawn to the May 4th action, which took place in most of Bulgaria’s major cities as part of the “All Bulgarian Campaign for Peace and Neutrality” initiative. The rally participants also demanded that the authorities withdraw support for Ukraine, especially the military, and called for the complete neutrality of the state.

What triggered the protests?

Refusal of aid to Kiev is outside the general solidarity in NATO countries, including Bulgaria. However, according to the Estat poll, more than 68% of Bulgarian citizens demand that the authorities remain neutral in the Ukraine crisis. Overall, support for Ukraine was confirmed by only 21.1% of respondents, and support for Russia – 7.5%.

Overall, 40.7% of Bulgarians are indifferent to the Russo-Ukrainian conflict, with 32.4% of respondents sympathetic to Kiev and 23.6% to Moscow. 74% of the respondents did not help refugees from Ukraine and do not intend to help. Only 7% of Bulgarian citizens are ready for any kind of support for immigrants.

Dmitry Ofitserov-Belsky, senior researcher at IMEMO RAS, explains the mood in Bulgarian society with several factors at once.

“Someone opposes the country’s involvement in the conflict with Russia, and someone does not support the state’s involvement in any conflict in general. In Bulgaria, pacifist traditions are strong among the population and society. However, Bulgaria is a small country that is economically very dependent on its senior partners. Therefore, the Bulgarian Parliament is doing what is recommended to it.”

At the same time, Sergey Artemov, president of the MGIMO Balkan Club, believes that the situation in Bulgaria is in many ways similar to the general situation in the Balkans. The only exception, according to him, is that Sofia, unlike other states of the Western Balkans, is a member of the European Union and NATO.

“Bulgarians are an Orthodox and Slavic people, with their historical memory in society, everything is quite good. They remember that it was Russia that liberated the Bulgarians from the Turkish yoke. Accordingly, the country’s stance on the conflict in Ukraine is rather twofold. On the one hand, there is a government course to support Brussels and Washington, including in the context of a decree on gas flow diversification and military-technical assistance to Ukraine. On the other hand, the Bulgarian people are observing the consequences of anti-Russian sanctions, including rising prices and an impending economic crisis, ”said the author.

Is there a threat to power?

The protests in Bulgaria take place against the backdrop of a general deterioration in official relations between Sofia and Moscow. The Bulgarian authorities are not only ready to support Ukraine, but also advocate increased sanctions against Russia. In particular, Bulgaria joined the spring wave of expulsions of Russian diplomats amid the Ukraine crisis and banned Russian-flagged ships from entering its ports.

In addition, by refusing to pay in rubles, Sofia lost access to Russian gas, which supplies 90% of the country’s needs, and could also lose oil supplies from Russia, as the introduction of a corresponding embargo is actively discussed. European Union. And, according to officials, if the country is now going to buy gas from the USA, then the issue of “black gold” remains open – Bulgaria is trying to persuade the EU to make an exception from gas, as local media reported. At least two years embargo.

From the point of view of Sergey Artemov from MGIMO, the Bulgarians have already felt the consequences of the recent actions of the authorities. According to him, it is possible for the protests to affect Sofia’s policy. 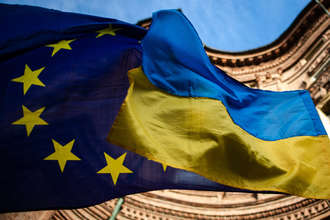 Kyiv is ready to block Moldova and Georgia’s path to the EU. Why is the trio breaking up?

Why did Ukraine oppose joining the EU along with Chisinau and Tbilisi? 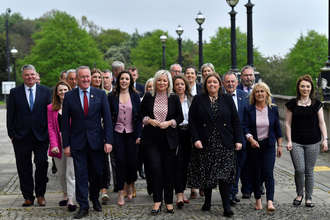 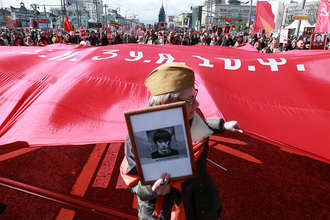 How was the “Immortal Regiment” in Moscow?

“Immortal Regiment” participants tell why they took action in 2022

“Pro-Russian actions in the country have occurred more than once since the beginning of Russia’s special operation in Ukraine. There were also demonstrations in support of Moscow and the events of 9 May before the protests against the parliament’s decision to aid Ukraine.

It is possible that such actions will continue to influence Bulgarian politics, as the mass nature of the protests is clear and grows larger each time. The threat to the government does exist, so it needs to maneuver. However, it is still unknown how strong this effect will be.

At the same time, Dmitry Ofitserov-Belsky from IMEMO RAS takes a different stance on this issue. According to him, the protests are unlikely to have a really serious impact on Bulgarian politics.

The protests will most likely not lead to a change in states’ policy towards Ukraine and Russia. The Bulgarian leadership will continue to act as it is now. Although in the political establishment, everything is not so simple, given that the country’s president, Rumen Radev, is against the involvement of the state in the conflict. But the foreign influence in Bulgaria is still large enough for the country to continue its foreign policy in the current vein,” he said.

Massive anti-government protests are held in Bulgaria over the parliament’s decision to provide military-technical and humanitarian aid to Ukraine. The opposition is demanding the resignation of the republic’s leadership, accusing the republic of trying to drag Bulgaria into the Ukrainian conflict. The protest itself largely satisfies the popular demand, as the majority of Bulgarians favor state neutrality in the situation around Ukraine. What caused the protests and whether they can change Sofia’s policy – in the material of socialbites.ca.