Many respected Hollywood filmmakers love games so much that they aren’t afraid to put their creative power into promotion, marketing, and trailers for major game franchises, including: halo, empty space, Resident Evil and much more. In this article, we’ll highlight some of the most notable game trailers directed by seven famous directors.

George Romero is the godfather of zombie horror. If he hadn’t directed the iconic Dawn of the Dead and Night of the Living Dead, we wouldn’t have seen zombies in popular culture: there would be no Walking Dead series (The Walking Dead) and the Resident Evil game series.

In the 90s, Romero was commissioned to shoot a trailer Resident Evil 2 was more than a logical step for Capcom. Now the video may not strike with ingenuity, but it has wound up its time. In it, Leon S. Kennedy and Claire Redfield find a shotgun and prepare to fight a horde of zombies. The video looks better in some places than RE’s film adaptation starring Milla Jovovich. 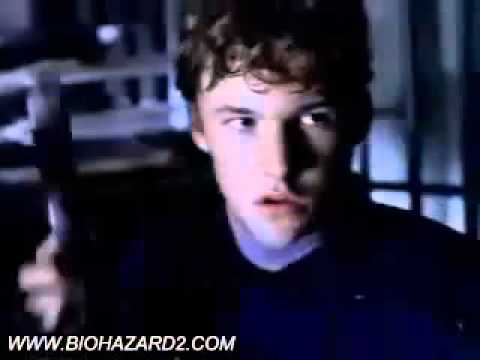 Interesting Fact: Capcom loved working with Romero so much that they even offered him to write a script and make a feature film based on the game. But in the end, RE’s Hollywood adaptation was directed by Paul WS Anderson. And another Resident Evil series awaits us in July, this time from Netflix. The company recently unveiled the show’s debut trailer.

In the 90s, David Lynch (David Lynch) with his Twin Peaks (Twin Peaks) turned the idea of ​​TV series on its head, and his paintings Lost Highway, Mulholland Drive, Eraserhead and others forever changed the game for commercial and arthouse filmmakers. He even admired the great Stanley Kubrick (Stanley Kubrick), and George Lucas (George Lucas) invited Lynch to direct the sixth episode of Star Wars (Star Wars). In the early 2000s, Lynch was approached by Sony to create several PlayStation 2 themed shorts that would supposedly convey the visual experience of playing on the console. 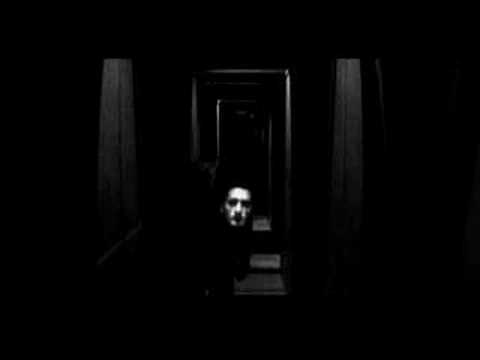 It’s not certain that Lynch ever played on the PS2, but when the master was developing his featurettes to promote the platform, he claimed that “the experience of playing on the new Sony console will allow gamers to transcend human boundaries.” According to him, the PlayStation 2 is a new layer of sensations and an open world of dreams. 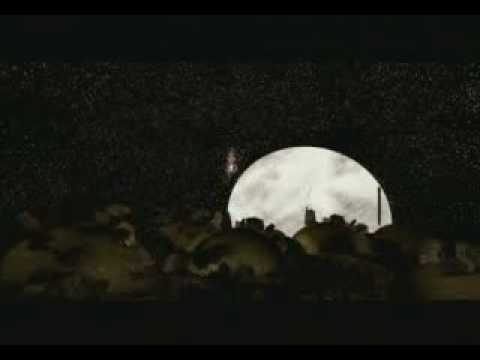 If seasoned action director Michael Bay took up the challenge of creating a video game, he would surely come up with something brilliant and memorable. It is strange that the author of the film adaptation of “Transformers” (Transformers) and the sensational action films “The Rock” (The Rock) and “Bad Boys” (Bad Boys) only recorded one video game trailer and never even participated in the making of the next plot for the next duty. His game trailer Need for Speed: The Run is like another blockbuster in the spirit of the Fast and the Furious series – it consists of adrenaline-fuelled chases through an avalanche and an attack helicopter, as well as crazy car stunts, combat, signature angles, camera drives and installation. 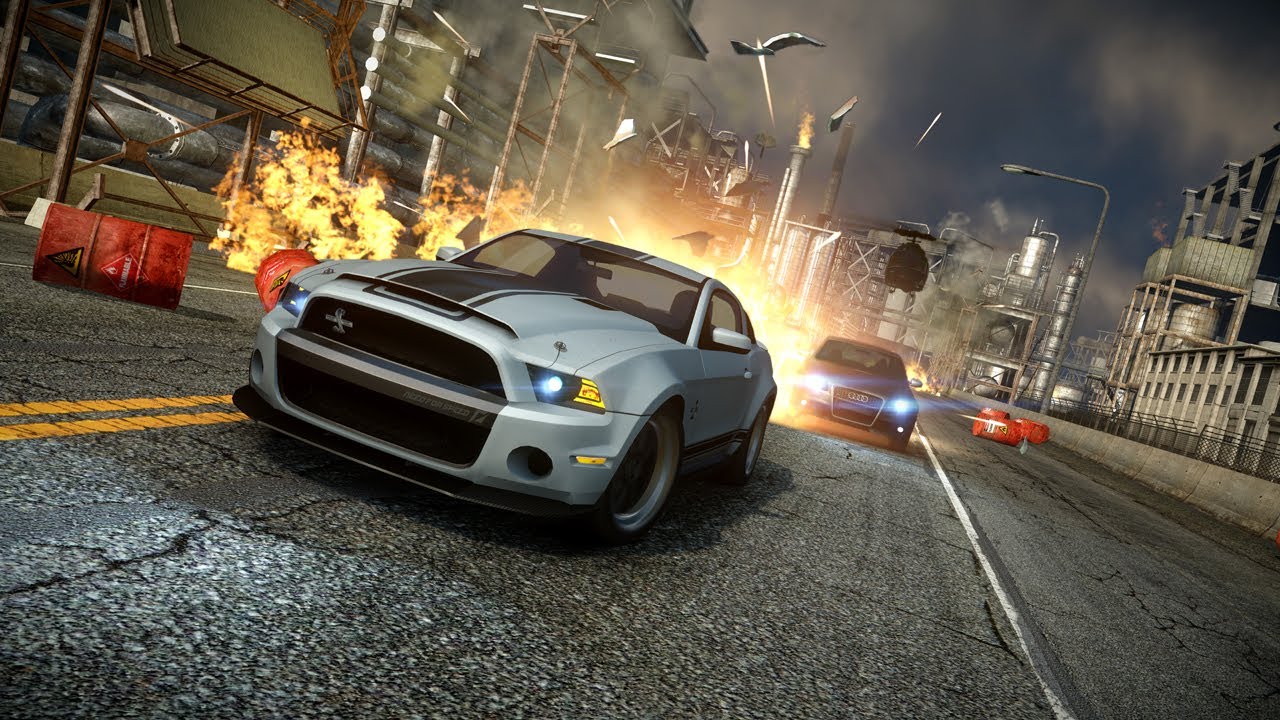 Oblivion and Tron: Legacy director Joseph Kosinski has directed several video game trailers. He has an ad for a shooter in his wallet. hello 3, weapons of war, fate and DOOM. Particularly noteworthy is his work on the video for Gears of War – in which protagonist Marcus Fenix ​​runs through the ravaged streets battling locusts on the well-known song Mad World performed by Gary Jules, originally written by synth-pop duo Tears for Fears. 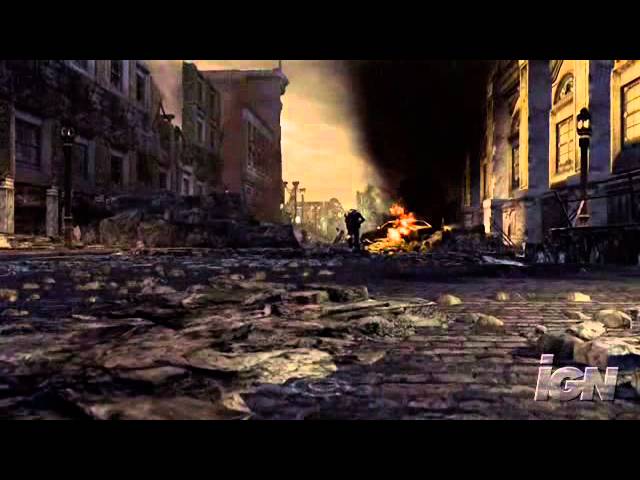 Kosinski’s trailer for Halo 3 was no less dramatic, showing a bit of the Master Chief’s childhood and the moment he put his helmet back on to take on enemies. 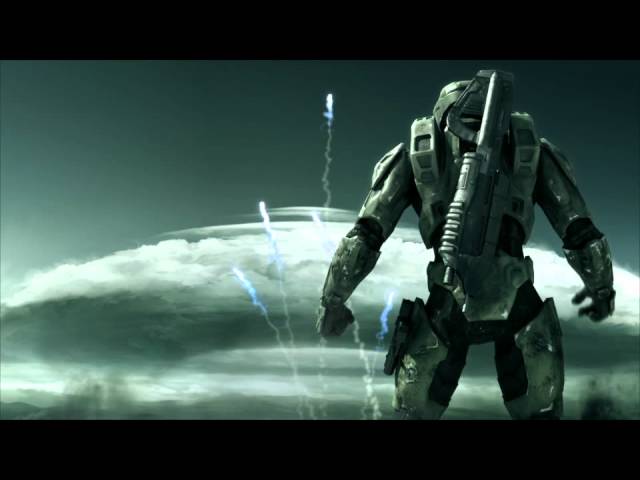 Kosinski’s Doom movie trailer can hardly be called dramatic, but the author accurately conveyed the spirit of the cult shooter series. The video proves that the editing of Doom should be entrusted to Joseph. 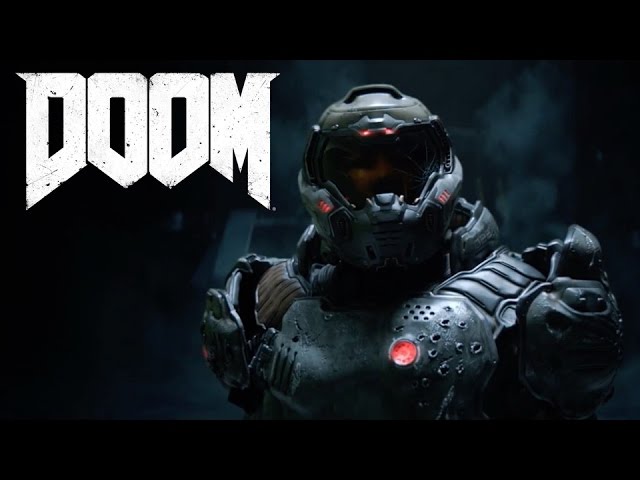 With the Destiny live action trailer, Joseph showed how much he understands the spirit of the Bungie gaming universe. In his video, the guards fight enemies on Led Zeppelin’s famous peppy song Immigrant Song. 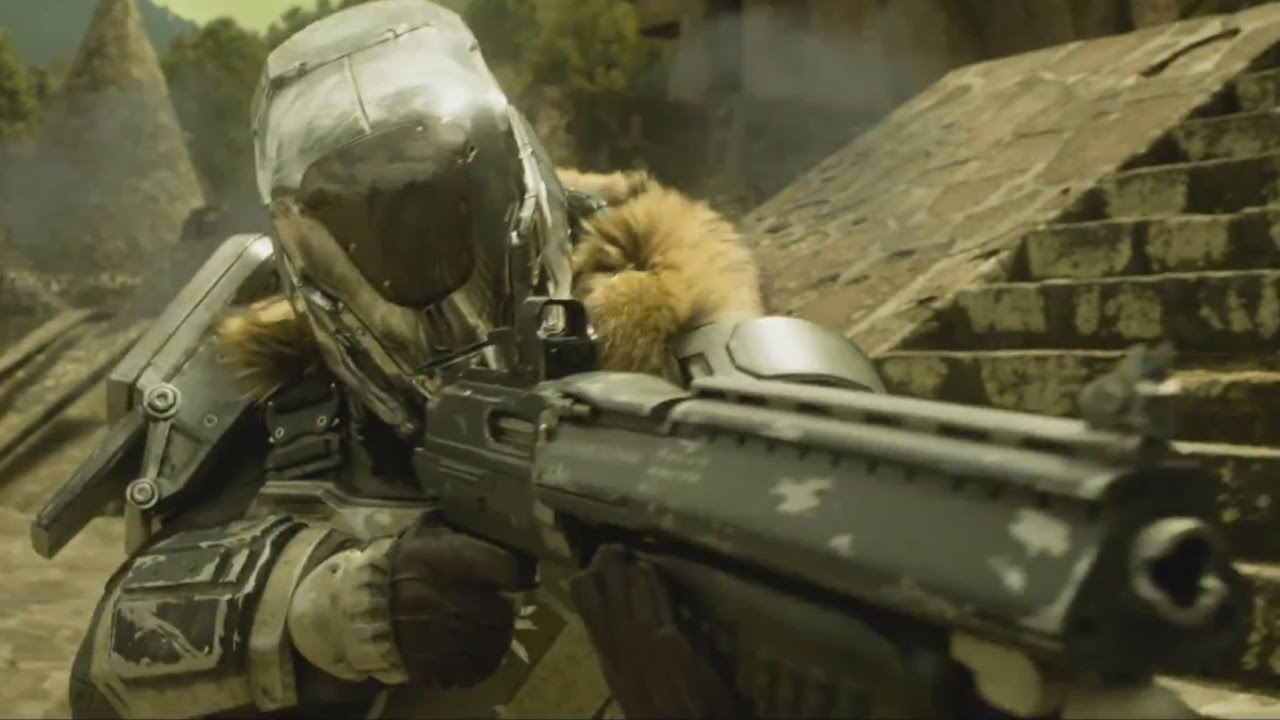 Dead Space is one of the most important action horror games in history, set in space. The games in this series cleverly combine gameplay Resident Evil 4 with well-designed locations and terrifying monsters. Unsurprisingly, the trailer for the first Dead Space for E3 2008 was entrusted to horror master James Wan, best known for his films in the Saw and The Conjuring series. By the way, a few years ago, Wang directed the superhero “Aquaman” (Aquaman), now he is working on the sequel.

Dead Space’s “Beloved” trailer of Wang is all about atmosphere, shock and awe. The video unobtrusively introduces viewers to what awaits Isaac Clarke on the Ishimura spacecraft.

By the way, a full-fledged remake of Dead Space was announced a year ago, which all fans of the series are waiting for. The authors promise to release it on January 27.

Which upcoming remake are you most looking forward to?

Tim Miller rose to fame for bringing the wildcat Deadpool to the big screen in 2016. He also directed the fantastic action movie Terminator: Dark Fate and had a hand in the anthology Love. Dead. Robots” (Love, Death & Robots), which consists of adaptations of stories by famous science fiction writers. Before becoming popular, Miller directed a trailer in 2010. DC Universe Online – thanks to this work, he got the offer to direct Deadpool (Deadpool). His six-minute video unfolds an epic battle between the antagonists and protagonists of the DC Universe. 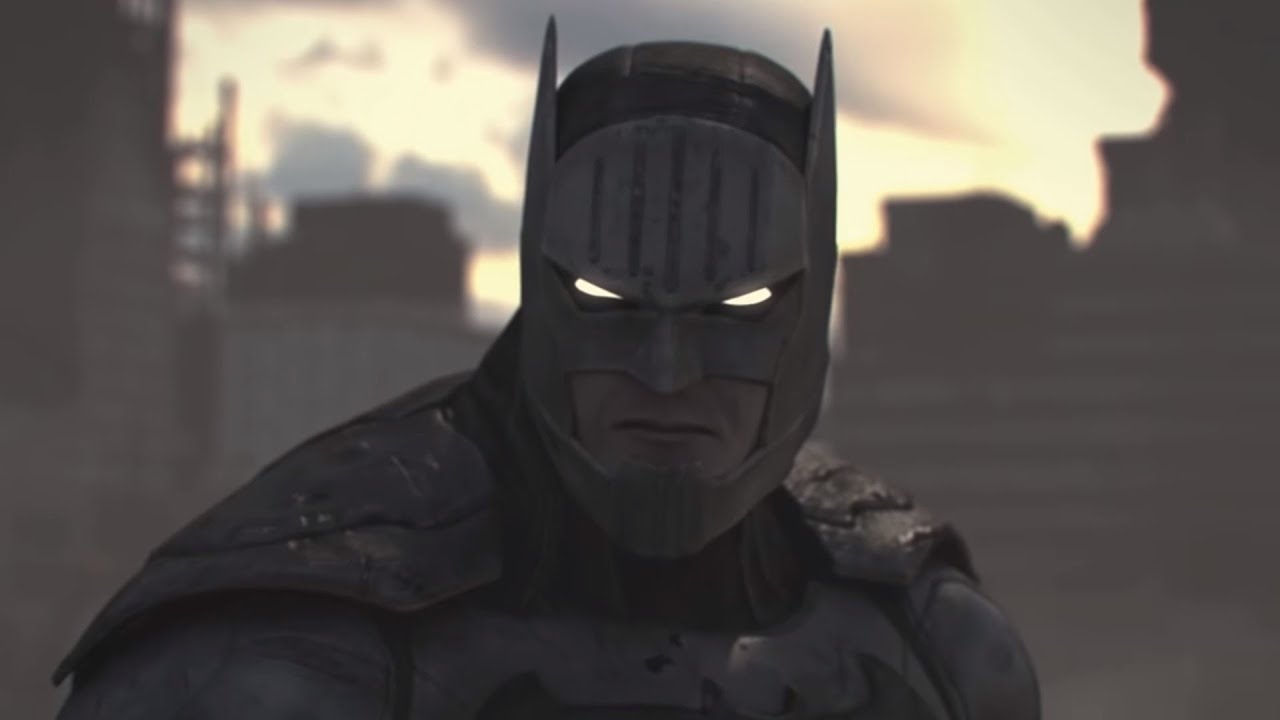 A few years after the DC Universe Online trailer, Miller filmed a promo for Halo 4, titled Scanned, was produced by The Social Network, Fight Club and most recently Mank director David Fincher.

The video shows the past of the Master Chief – the time of his training in the Spartan program and inventive action. 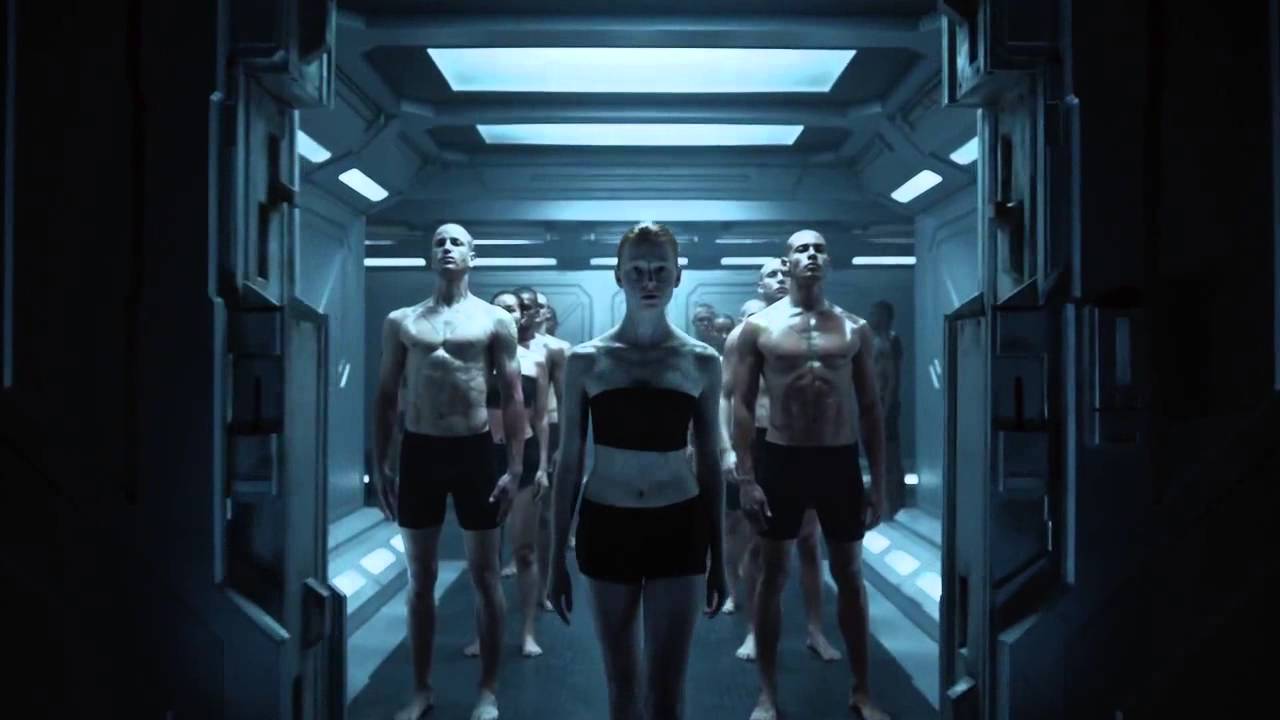 And again we’re talking about Halo! In 2009, South African director Neill Blomkamp shot District 9, one of the best social science fiction satires, where there was humor, inventive action and good dramaturgy. Blomkamp can safely be called the pioneer of Halo advertising. He directed the short film Halo: Landfall, which clearly showed the greats of Microsoft, Universal and FOX the potential of a full-fledged Halo adaptation. As we know, the port of the game on the big screen was canceled at the time, while Blomkamp was supposed to produce it.

Blomkamp’s Halo: Landfall portrays the brutality of war in a realistic way. Landfall was eventually used as promotional material for Halo 3. This short is a kind of prologue to the game, showing from a distance how the Master Chief’s ship crashes into the jungle, in Halo 3 he is already met by a squadron led from Sergeant Johnson. 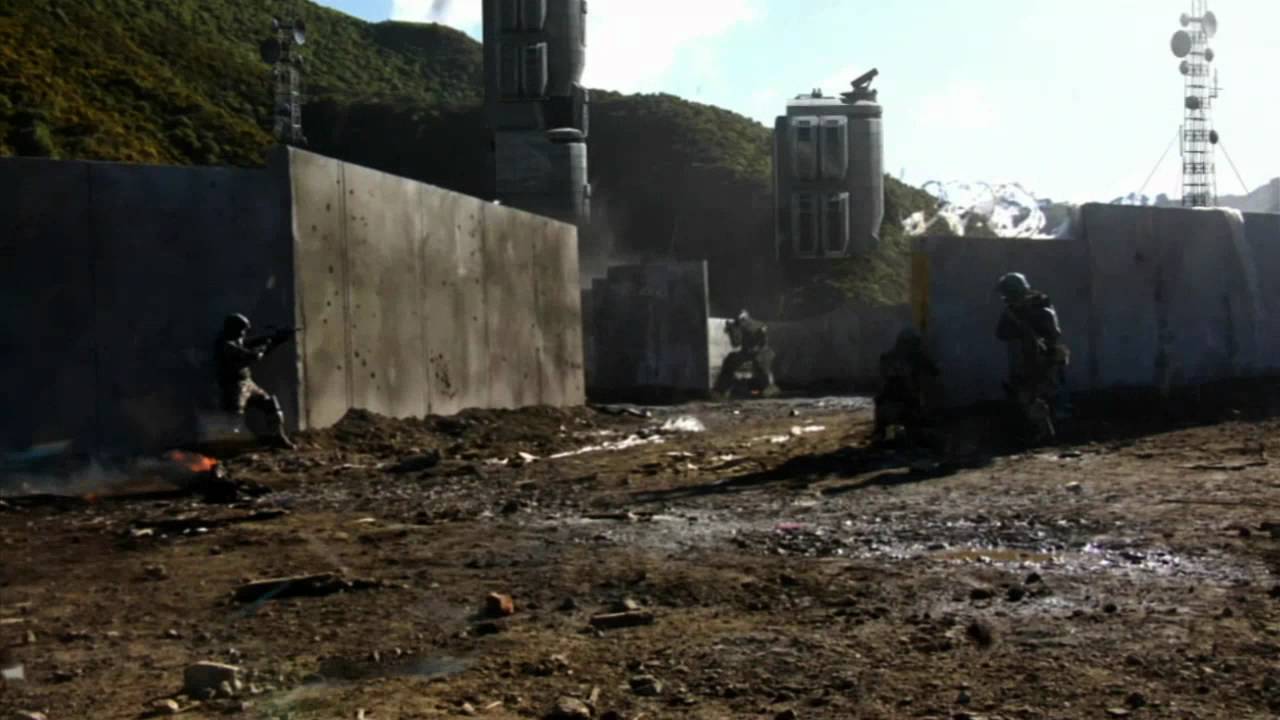 We remembered far from all the work of Hollywood directors in the field of advertising for video games and consoles. What similar examples do you remember? Tell it in the comments.

Which of the directors mentioned in the article created the most ingenious game trailer?